Sheryl E. Ponds is the founder and CEO of Dai Technologies Corp., a company that develops and constructs charging stations for electric vehicles. According to Forbes, the company, situated in Washington, D.C., has been successful in gaining business from clients looking for residential installs as green technology becomes more popular.

Ponds is one of the few Black entrepreneurs working to ensure that African-Americans are not left behind as the United States transitions to electric automobiles. Electric vehicles are critical for lowering transportation emissions, but only about 2% of EV owners are African-American. This is due not only to the high cost of electric vehicles, but also to the scarcity of charging stations in Black neighborhoods.

“The fact is, we stand to benefit more from EV adoption than other cities,” Ponds told Forbes. “We tend to live in communities that require decarbonization, environmental justice, and improved health outcomes as a result of lower fuel emissions.”

ALSO READ:  Most Expensive African Art Sold for About $3.1 Million

Ponds’ consumers are predominantly suburban, affluent, and white. While she cherishes them, she wants to ensure that the infrastructure she builds reaches urban and Black areas as well. So she began promoting her services to apartment property managers in increasingly diverse places.

“They’re not necessarily very enthused about putting an amenity that they can’t recoup through rents,” Ponds said of apartment managers. “In multifamily, if I’m not ready to deal with the extra [effort] that comes with selling to property managers, Black families will be on the outside looking in.” They will be excluded from EV adoption.”

Ponds said in the near future, EV charging will become mainstream hence the reason she is deeply involved. “I decided to jump into this business now as opposed to waiting until it becomes mainstream,” Ponds told the Washington Informer. “It’s going to be big once everyone figures out that electric vehicles are not just a passing fancy,” she said.

Ponds became interested in STEM while in middle school. She majored in mechanical engineering at the University of Tennessee. She founded her company after graduating from university and has since been hired by high-profile companies to install EVs.

According to the Informer, she was chosen to provide home charger installations for Volvo Cars’ new electric vehicle owners in the D.C. metropolitan area. 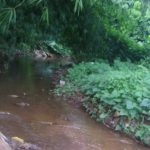