The almost involuntary sigh when the baby is finally out and the curving line of a smile that evolves into a grin when a mother embraces her child is testimony of that natural gentle loving care after the heart-wrenching, soul-breaking, and ear-shrilling pain that should be as loud as it should be.

But her happy face could be cut short if she is unable to produce breast milk, a meal for her child. An African society may conclude that the mother is not’mother enough.’

Dr. Chineye “Chinny” Obinwanne, a breastfeeding doctor, identified this need and chose to fill it, not just as a businessperson, but as a victim of the mother who could not breastfeed her child.

“As a new mom, I felt like a failure when I couldn’t produce enough milk for my baby,” she said to the BBC. The joy of most married women is to start a family with their partner. Childbearing comes into play and after the pain and struggle of the push, the home is filled with joy and laughter over the presence of a new addition to the family, but that joy may be cut should the feeding of the baby be cut short. In a typical African home that is unacceptable.

That is exactly what occurred to Dr. Obinwanne. Breastmilk production did not occur as predicted after the birth of her first child in 2016. Her child was likewise smaller than average. Months after the mother and child were discharged and returned home, the new mother was unable to pump enough milk for her baby girl, which not only hurt her but, as she explained to the BBC, “felt like I had failed at my first primary motherly duty.”

To assist address the problem, she began eating more meals, from pap to increasing her amounts, all in the hopes of obtaining milk to feed her newborn, but she was unsuccessful. Her husband eventually threatened to introduce baby formula since he couldn’t stand by and see their daughter go hungry. Dr. Obinwanne, as a doctor, understood the benefits of breastfeeding a kid and began to look for solutions to her dilemma.

Fortunately, she discovered a remedy. She devised a recipe for organic snacks, and hours later, her baby had a land flowing with milk and honey in abundance. She could now breastfeed her baby and watch her child grow and thrive.

It didn’t stop there for her. After all of that, the good doctor understood there was a problem that needed to be handled, so she began sharing her organic cookies with friends who were experiencing the same issue, and it worked for them. Her cookies were soon no longer just for a few friends, but for other customers who even asked to pay for them. The Milk Booster Breastfeeding Company was founded, and it has since provided breastmilk boosters to mothers in over 30 countries.

Neonatal deaths are on the rise in Nigeria, where The Milk Booster Breastfeeding Company is situated. A child’s mortality due to a lack of breastmilk is both painful and unbelievable. Dr. Obinwanne and her team launched the Milk Bank Initiative in 2022 to help babies who may have lost their mothers during delivery and mothers who, like her, are unable to produce the necessary breastmilk for their child.

Dr. Obinwanne expects that this new project will assist to reduce the country’s high rate of newborn mortality. Apart from her cookies, she said, women were coming in for breast milk for their children, and when the mothers died following birth, her outfit was contacted for breast milk supplies. The inability of The Milk Booster Breastfeeding Company to produce breast milk may result in the child’s death. Apart from Dr. Obinwanne’s initiative, there is no breast milk bank in Nigeria, and she believes it is past time for the country to take action.

She added that “studies have shown that premature babies that get donor milk get to stay in the hospital for a shorter period; it has also shown that donor breast milk reduces the risk of getting Necrotizing Enterocolitis (NEC) and other diseases that lead to neonatal mortality. Yes, it is about time Nigeria gets Milk Bank as the country with the highest infant mortality rate in Africa and the third highest rate of premature birth around the world, it is about time.”

Over 50,000 babies have been serviced by The Milk Booster Breastfeeding Company and The Milk Bank worldwide, with more on the way. The company obtains the required milk for babies through the help of volunteers. Volunteers and the milk they make are subjected to tests to assure the safety of the babies who will consume the milk. The milk is provided for free.

Dr. Obinwanne feels that the country should treat breast milk as seriously as it does blood banks in order to reduce the already high infant mortality rate. 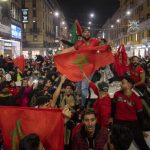 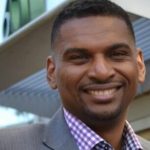