Charis Jones launched a home-based business in 2013 that grew to become one of America’s fastest-growing e-commerce brands worth $80 million. She started the company as a side project while working as an insurance sales agent.

According to the Richmond Times-Dispatch, after seeing the potential of her business while selling jewelry part-time, she decided to quit her regular job and contract on her jewelry business, resulting in the founding of Sassy Jones.

She began attending trade shows across the country in order to gain new customers.

She decided to use social media to reach her target customers after finding her marketing strategy to be draining. She set up a live-streaming studio to demonstrate her products to her customers. Jones’ first streaming, dubbed ‘Sparkle Parties,’ drew only 13 viewers despite selling $600 in jewelry. She increased her digital marketing efforts by moving to Facebook and even hosted celebrities such as Kim Coles, Cynthia Bailey, and members of “The Real Housewives.”

“Buying online is psychological, there’s always a risk of disappointment,” Jones said to Richmond Times-Dispatch. “You can’t always tell what the colouration is due to the contrast of the screen. As popular as e-commerce is, it’s really still up in the air.”

She now has a cult following, and her products have become a way of life. Her brand has expanded from selling jewelry to “products in beauty, ready-to-wear women’s clothes, and home décor targeted at Black women,” according to the Richmond Times-Dispatch.

Jones estimates that her company is now worth $80 million. The company was also named to the Inc. 5000 list of the fastest-growing, privately held businesses measured by revenue and growth two years ago, with 4,515% growth over the previous three years.

Forbes named the brand one of the top 25 small businesses that thrived during the pandemic. According to her LinkedIn profile, she was named the Tory Burch Foundation Fellow as the Ernst & Young Entrepreneur of the Year in 2021. She also won “The Big Find” on HSN.

“We’re such a unicorn with wings like a Pegasus. We’re not duplicable; we’re not anyone else,” Jones said. “Even the energy that you get from walking into the store, it ain’t Prada or Gucci. We serve a niche that I am relentless about. And we just cater to her so well where other brands are trying to cover everything. I know who our girl is. There’s no one for her.” 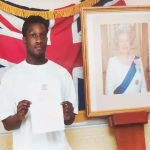