Ronald Odur, an award-winning Ugandan sculptor, creates his finished pieces out of aluminum plates, copper wires, and acrylics. His experiment began in his living space, where subjects from his work are represented by aluminum printing plates.

He created a chandelier out of a thousand cast aluminum bullets strung on copper wires. According to artforum.com, it is not for ornamental purposes, but rather to convey an underlying message to Ugandan political actors. It is based on what he witnessed during the 2020 general election campaigns, when security personnel opened fire on unarmed civilians protesting in Uganda’s streets.

ALSO READ:  The Unknown History Of The Underground Railroad From Texas To Mexico

Odur’s house was not spared from the military attack, which left behind smells from burning tires, tear gas, stray bullets, and pepper spray. His room was filled with noxious odours. The only way he could express himself was to institutionalize the injustice via art.

He has gathered other artistic work that relates to the socioeconomic difficulties that regular Ugandan residents face as a result of political power abuse. Aluminum replicas of Ugandan cash notes, a passport, a box of smokes, and a bottle of moonshine gin are used to represent this.

The rest of his room contains a bible, a stone, and a 1990-shaped television set made of aluminum plates. These are the goods of the ordinary citizen who strives to make ends meet while the political elite revels in the poor’s generosity. Odur brightens them with an ocean-blue wall he has installed in his chamber.

He labels this artistic work as Muwawa, which literally translates to “without care”. He uses it to criticize the political establishment for shielding people who ruthlessly murder citizens without repercussions.

Because he wants his work to stand out, the Ugandan artist chose metal printing plates and copper wires. According to Africanah, his goal is to raise attention to the political and social challenges that people face through his paintings, sculpture, and installations.

His paintings are always filled with startling topics that strike a chord with his audience. He could talk about religion and politics one minute and then transition to social or personal matters the next. Many people believe his work has political overtones, according to him. However, the art critics are not entirely wrong, because the blight of Uganda is due to how the political elite has handled the country, he claims.

Overall, Odur prefers to convey his feelings through his art rather than taking to the streets to oppose the country’s socioeconomic underpinnings.

Odur was born in 1992 in Kampala, Uganda, and received his education at Kyambogo University. His work has been featured in a number of art shows, including The Kampala Art Biennale, produced by Simon Njami, and The Last Image Show, an international art exhibition in Dar Es Salaam, Tanzania. 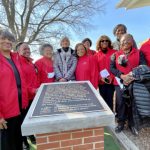 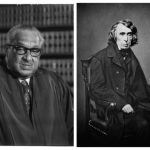