Moore was sworn in at the State House in Annapolis on Wednesday afternoon. In the general election in November, he defeated Republican Delegate Dan Cox. Moore took the oath of office using a Bible owned by Frederick Douglass, a Marylander who escaped slavery and became an abolitionist.

Moore, who was introduced by friends including media mogul Oprah Winfrey, expressed gratitude to those who helped him become governor. He stated that he will prioritize police reform, job creation, cybersecurity, clean energy, and youth mental health programs. He will also consider increasing the minimum wage.

“Maryland should not be 43rd in unemployment, or 44th in the cost of doing business. We do not have to choose between a competitive economy and an equitable one,” Moore said. “Maryland, our time is right now. Our time is now to build a state that those who came before us fought for, a state that leaves no one behind.”

“If we are divided we can’t win, but if we are united, we can’t lose,” the Maryland history-maker said. Before Moore was L. Douglas Wilder and Deval Patrick. Democrat Wilder became the first Black governor elected in U.S. history in 1989. Democrat Patrick was elected governor of Massachusetts in 2007.

Moore is an Army veteran and former nonprofit executive. Married with two children, he schooled at John Hopkins and is a Rhodes scholar. Moore fought in Afghanistan as a soldier after entering the Army at 17. He became an investment banker before leading Robin Hood Foundation, an anti-poverty nonprofit. While at Robin Hood Foundation, the organization distributed more than $600 million to help poverty-stricken families, according to CBS News.

As an author, Moore is behind the book, “The Other Wes Moore,” which tells the story of two Black men with the same name: Wes Moore.

44-year-old political newcomer Moore is now Maryland’s 63rd governor. After making history in November last year, he said: “It is not lost on me that I’ve made some history here tonight. But I also know I’m not the first one to try.

“I am humbled to be a part of this legacy. That’s not why we got into this race. The history that matters most to us is the history that we and the people of this state are going to make over the next four years.”

Moore has been living in Baltimore with his wife Dawn since 2016. 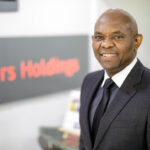 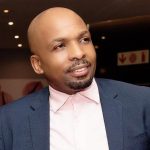