Myrlie Evers-Williams, who was left to raise three small children after the murder of her husband, civil rights leader Medgar Evers, went on to become Chairman of the National Board of Directors of the National Association for the Advancement of Colored People, becoming the first woman to lead the nation’s oldest civil rights organization. Evers is credited with restoring the Association to its original status as the nation’s premier civil rights organization.

Myrlie Beasley was born on March 7, 1933, in Vicksburg, Mississippi, to a 16-year-old mother and a 28-year-old father, and was raised by her paternal grandmother.

They settled in Mound Bayou, Mississippi, and began their careers with Magnolia Mutual Life Insurance Company. They both witnessed the poverty and injustices faced by African-Americans while traveling throughout the state. They decided to open the first NAACP Mississippi State Office together. This journey forever altered their lives. They faced constant threats while advocating for voting rights, fair housing, and justice for all.

She was left to raise their three small children after her husband was assassinated in 1963. Medgar Evers’ trial did not end in justice until 31 years later; Myrlie Evers-Williams was present in 1994 when Byron De La Beckwith was sentenced to life in prison for the murder of her late husband.

In 1968, she earned a Bachelor of Science in Sociology and a Certificate from Simmons College’s School of Management. She has also received honorary degrees from Pomona College, Medgar Evers College, Spelman College, Columbia College, Bennett College, Tougaloo College, Willamette University, Howard University, and other institutions.

She wrote a book called “For Us, the Living” to honor her late husband and the Mississippi civil rights struggle. Evers also appeared in the HBO special “Southern Justice: Medgar Evers’ Murder.” She later remarried civil rights activist Walter Edward Williams, and the two were married for 18 years until his death. Evers-Williams stepped down as NAACP Chairman in 1998. 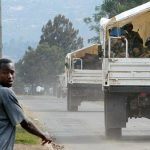