When Jennifer Ford of Houston opened Premium Goods in 2004, she became the first Black woman in America to own a sneaker retail store. Premium Goods began as an extension of her friend’s original store in Brooklyn.

Ford’s retail store became well-known in Houston for carrying some of the hottest sneakers. “It’s about being with other people who share my interests and [creating] a community,” Ford told Vogue.

In 2023, the Houston native will collaborate with sneaker giant and longtime supporter Nike to release a new Air Force 1. According to Vogue, Ford created the entire design herself, having wanted to try her hand at it since she was in her early twenties.

“There’s this artistic part of me that I never get the time to use or develop,” said Ford. “I knew I was fully capable, but now seeing this creation I made, I know I can do it. It’s every sneaker owner’s dream.”

The sneaker features quilted sides inspired by her favorite purses, as well as a beaded version of Nike’s signature swoosh. Furthermore, two sets of black and beige AF1s named after Ford’s daughter Sophia and niece Bella are included in the collection.

The laces are also held together by a metal rose, which Ford uses to represent a generational family name. According to Vogue, the shoe accents are a love letter to Black women who continue to inspire her success.

Houston told hypebeast.com that her affinity for sneakers started when she was a little girl. She grew up wearing Air Jordans in junior high and high school. “When I went off to college, I switched to Air Maxes. I grew to love them as well, and would wear them into the ground,” she recalled.

Ford didn’t have a relationship with Air Force 1 until she opened Premium Goods. This was because it didn’t feel like the most inviting style for female sneakerheads, she said. “The colors that were available in my size back then didn’t really do it for me either,” she noted.

In the early 2000s, Ford worked in high-end retail and jewelry before opening Premium Goods. It was not easy for her to open a sneaker retail store. The first few years were “tough,” she said. Nonetheless, she was aware that there were others like her who desired more than the standard sneakers available in any city.

Ford hit success after she got on NikeTalk and began promoting the store, and it just spread like wildfire. “Guys would come in with their girlfriends to get Air Force 1s or Jordans, and we made sure that we’d always have an extended size run so there’d be something for both of them,” she told Hypebeast. “Even something as simple as extended sizing wasn’t common at the time, but my team and I would do that and also ensure that we were ordering women’s shoes instead of just kids’ shoes that fit women.”

“Women don’t want a kids Air Max 95 with no forefoot Air. They want the real thing, just like the guys do. We always made sure we had a proper selection, and that attention to detail built a lot of trust with our community.” 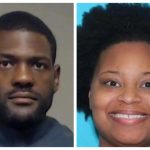 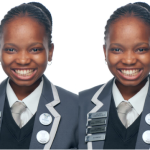