During World War II, aviator George Spencer “Spanky” Roberts was the first African-American military pilot from West Virginia and a member of the famous Tuskegee Airmen.

ALSO READ:  The Sad End of Togo’s First President Who Died with the Country’s Democracy
Loading...

Spencer and Estella Roberts raised Roberts in London, Kanawha County. In 1934, he graduated from Fairmont’s Dunbar High School, and in 1938, he earned a bachelor’s degree in mechanical arts from West Virginia State College (now University).

ALSO READ:  Brief History of Congo's Iconic Limete Tower, Where You Will Find All That Remains Of Lumumba

He began his aviation cadet training with the first Tuskegee Airmen class and went on to become West Virginia’s first African-American military pilot.

In 1942, Roberts was commissioned as a 2nd Lieutenant and pilot, and he flew over 100 missions in Africa, Europe, and the Middle East. During WWII, he commanded the 99th Fighter Squadron and the 332nd Fighter Group.

Following the war, Roberts became the Tuskegee Institute’s senior Air Corps ROTC instructor. He was also stationed in Korea and Okinawa. Roberts was assigned to Griffiss Air Force Base in 1963, where he was in charge of all ground radar in the Air Force. Decorated for distinguished service in WWII, Korea, and a 25-year career.

In 1968, Roberts retired as a colonel from McClellan Air Force Base. The Air Force Commendation Medal with four oak clusters and two presidential citations were among his decorations. On March 8, 1984, Colonel George Spencer Roberts died. 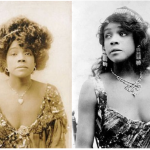