Antonio “Big Daddy Kane” Hardy is an American rapper who was a part of the Juice Crew in New York City. Hardy was born on September 10, 1968, in Brooklyn, New York City, to unknown parents. His father drove a truck and his mother worked as a qualified nurse. Hardy met rapper Marcel “Biz Markle” Theo Hall in 1984 when he was 16 years old, and they both joined the Juice Crew in Queens, New York. Marlon “Marley Marl” Williams and John “Mr. Magic” Rivas were also members of the group. Hardy left the band in 1987 to join the Cold Chillin’ record label.

Tupac “2Pac” Shakur, Kris “KRS One” Parker, Stanley “MC Hammer” Kirk Burrell, and A Tribe Called Quest are among the musicians Hardy has collaborated with. In 1991, he was nominated for a Grammy for Best Rap Performance by a Duo or Group for the rap song “Back on the Block.” In 1992, he appeared in Madonna’s Sex music video and was featured in the adult magazine Playgirl.

Big Daddy Kane and the Juice Crew, like many other rappers of the time, had a high-profile dispute with rapper Lawrence “KRS One” Parker of Boogie Down Productions from the mid-1980s through the early 1990s. The conflict, also known as the Bridge Wars, was one of the most heated in hip-hop history, based on clashes between Bronx and Queens musicians. Several “diss” tracks were released by the various groups, including “The Bridge Is Over,” “South Bronx,” and “Kill That Noise.”

On October 17, 2021, three decades after their rap feud, Kane and Parker appeared together in the webcast series Verzuz. On the show, the two rappers battled against each other by singing famous songs from their respective careers. The event received positive feedback from critics. As of 2021, Hardy is still working in the entertainment industry. In 2010, he married Shawnette Hardy, with whom he has a son, Lamel Hard. 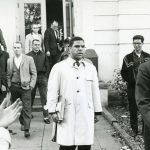 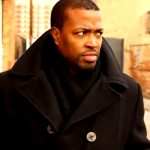