Floyd Mayweather appears to be redoubling his efforts to own an NBA team.

The boxer announced his pursuit briefly in June 2022 at the M Resort Spa Casino.

“I’ve been talking to certain individuals for the last six months,” Mayweather said at the time. “That’s something I’ve been working on behind the scenes, but I’ve never came out and publicly talked about that with the media.”

He discussed his process for potentially owning an NBA team in hotspots like Las Vegas, Seattle, or a franchise that’s “already up and running” in a sit-down interview with Earn Your Leisure podcast.

“I’ve been working on buying an NBA team outright,” Mayweather admitted at the podcast’s Market Monday Series at Madison Square Garden. “One of my other business partners, Brent Johnson, he’s here. We’ve been working on the NBA team for a while now. It’s rough.”

Then, Mayweather shared how much he has coughed up.

“The first offer, we offered them a little bit over $2 billion for majority ownership. Do I have it? Absolutely, I have it,” he said during the conversation.

“But, it didn’t happen overnight. It’s a lot when you have so many different businesses all around the world,” he continued.

According to NBC Sports, Mayweather claims his net worth will be more than $1.2 billion in 2021.

Although he claims to have the finances, according to the publication, “given the price of NBA teams today, he likely needs to bring in other investors as $2 billion will be on the low end of a sale price.”

While league expansion in Las Vegas and Seattle isn’t expected for several years, the outlet reports that, as of this writing, the NBA’s Phoenix Suns are the only team publicly known to be for sale.

What is the potential sale price? According to reports, well over $2 billion.

Furthermore, the Portland Trail Blazers may be on Mayweather’s radar, as the team is expected to be sold in the near future.

Nonetheless, Mayweather’s desire for ownership is clearly out of control. 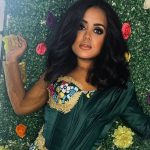 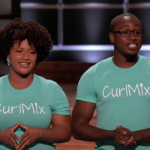