It is an undeniable fact that business owners go through several challenges in order to achieve success. While some collapse due to the challenges, others weather the storm and come out flying high.

So is the story of Nigerian billionaire and business mogul Femi Otedola, who discovered his passion for entrepreneurship very young. At just six, he provided manicure and pedicure services to his father and his friends in exchange for money.

He would later carve his own path in Nigeria’s oil and gas industry to become a key player. He established Forte Oil, a petroleum and power generation company with over 500 stations in Nigeria. Otedola was also into real estate with 184 flats. He became the largest investor in the Nigerian banking sector. He had shares in Africa Finance Corporation and was the Chairman of Transcorp Hilton. Otedola also had shares in Mobil Oil Nigeria Limited, the second largest shareholder in Chevron Texaco and Visafone.

However, his business empire came crashing down in 2008 and he would suddenly find himself in debt amounting to $1.2 billion. That year, a shipment containing one million tons of diesel belonging to Forte Oil was headed to Nigeria. A problem occurred before it could get to Nigeria. According to Forbes, Otedola was confronted with three disasters. First, the fall of diesel prices on the international market, the devaluation of the Naira and the crash of stocks.

“I had about 93 percent of the diesel market on my fingertips,” he told Forbes. “All of a sudden oil prices collapsed and I had over one million tons of diesel on the high seas and the price dropped from $146 to $34.”

According to Forbes, the fall in oil prices cost him $480 million while the devaluation of the Naira cost him $258 million. He lost a further $320 million due to accruing interest and $160 million when the stocks crashed.

“I had two options, either to commit suicide or to weather the storm. I decided to weather the storm,” Otedola said. “It was a phase I had to go through. You see God prepares you for greater things and of course, experience is the best teacher so I had to learn my lessons. I took the bitter pill.”

Otedola was now in $1.2 billion debt but he turned to destiny for solace. “You cannot compete with destiny, so it was my destiny to make billions every month and lose billions as well. I said to myself ‘I was not going to have friends and enemies, I was only going to have competitors.”

His recovery journey began at the height of Nigeria’s banking crisis. The Nigerian government formed the Asset Management Corporation of Nigeria (AMCON) to buy up distressed loans. According to Forbes, his loan was sold to AMCON. He also declined a restructuring offer from AMCON and opted to repay what he owed and start all over again.

To do this, he sold his 148 flats. He sold off his investment in Nigeria’s banking. He also gave up his shares in Africa Finance Corporation, Transcorp Hilton, Mobil Oil, Visafone and other companies to settle his debt.

Otedola was left with two properties, his office space and a 34-percent stake in African Petroleum, which would become Forte Oil. In 2014, he made a remarkable comeback on Frobes’ richest list with a net worth of $1.8 billion. He was the second Nigerian to be featured in the Forbes list of billionaires after Aliko Dangote.

Otedola completed his education at Obafemi Awolowo University in 1985. He briefly worked in his father’s marketing firm after his education before going solo to start his oil business.

He is married with four children. His daughter, Ifeoluwa, is a popular disc jockey with the nickname ‘DJ Cuppy‘. In 2015,  DJ Cuppy was the official disc jockey during the inauguration of Nigeria’s President Muhammadu Buhari. 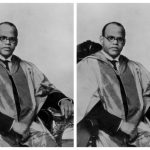 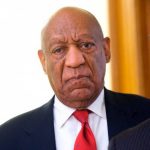