The European colonial superpowers were losing their foothold in the Americas during the late 18th and early 19th centuries. The Haitian Revolution was launched with the goal of gaining independence from France and establishing a country of their own in the Caribbean. When General Jean-Jacques Dessalines declared Haiti independent, long-held fears culminated in the 1804 Haiti Massacre.

To understand how things escalated, one must look at the institution of slavery in its entirety. Dessalines had enough fuel to stoke the flames for genocide after witnessing slavery in Haiti and how punishments for Black slaves were aimed squarely at the depraved.

Prior to 1804 there were several massacres during the Haitian Revolution. Le Cap’s plantations were set on fire in the summer of 1791, and all White people in the area were killed. The same thing happened in Cayes during the summer of 1793. While the Spanish essentially stepped aside in 1794, Jean-Francois forces would descend on the White population of Fort Dauphin and wipe them out.

When Dessalines took over Haiti in November 1803, he assured the French that they would not be killed, but he was not enthusiastic about their continued presence on the island. His advisors got his attention and warned him that White would try to flee and seek help from other superpowers to defeat the Black Haitians. Slavery would then be reinstated.

Advisors recommended that all white people be killed. Dessalines declared the country’s dependence on New Year’s Eve 1804. He also gave the order to kill all White people with silent weapons like knives and sickles. The reason was to keep White citizens from becoming concerned. The general went to each city and town to supervise the attacks. Before killing White, Dessalines would read about the atrocities of slavery.

When killings occurred in a town, White people who managed to flee were granted amnesty. Dessalines had them killed after they emerged from hiding. One of the worst massacres occurred in Port-au-Prince, where approximately 800 people were killed and 50 were injured.

THE FATE OF WOMEN

Dessalines never said anything about killing women or children. Depending on the location, there were usually more survivors because they were spared. This became an issue with advisors because it was believed that if White women and children remained in Haiti, White people would never truly be gone.

Eventually, the general issued an order to kill women who refused to marry Black men.

Women were frequently raped if Dessalines wasn’t overseeing the killings.

Thousands of White Haitians were killed when the smoke cleared, with estimates ranging from 3,000 to 5,000. Only a Polish deserter from the French army, a small German enclave, and medical experts were spared.

Weeping violence has the unfortunate effect of severing relationships between countries. Dessalines stated that Haiti was not hostile and that it was willing to collaborate with countries where slavery was legal. Of course, their words came after the acts, which were seen as necessary.

Because they feared a repeat of the 1804 Haiti Massacre, Southern US slaveholders and politicians used it as a bogeyman to prevent emancipation. This was the case for decades and was frequently brought up as if the politicians themselves had escaped the massacre. 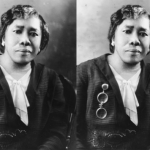