Authorities in San Francisco, USA are reportedly looking into a potential building code violation after photos of Twitter office space being turned into bedrooms surfaced.

An image of Twitter’s HQ office submitted to San Francisco’s housing Authorities shows a room with a double bed, including a wardrobe and slippers.

An ex-worker who reported to the authorities said new Twitter boss Elon Musk has been staying at the headquarters since he bought the firm.

Last month, Musk emailed all staff at the company, saying they would need to work “long hours at high intensity”.

“Only exceptional performance will constitute a passing grade,” he wrote.

In response, Musk said the city was attacking companies for providing beds to “tired employees”.

In a now-deleted tweet, Musk wrote that that he would work and sleep in the office “until the org is fixed”.

In a reply to a journalist on Twitter, Musk posted that the city should prioritise protecting children from the consequences of opioid drug misuse.

The bedrooms were reportedly created from conference rooms and are reportedly also used to accommodate staff from Tesla and other Musk-owned businesses brought in to work at Twitter, “some of whom travel to Twitter for work meetings.”

“He’s now making them [workers] sleep at Twitter,” California state senator Scott Wiener said on Wednesday. “It’s clear that he doesn’t really care about people. He doesn’t care about the people who work for him.”

“A department of building inspection official said, “We need to make sure the building is being used as intended”. 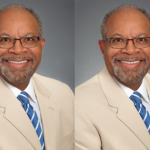 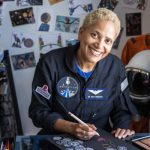