Despite mounting criticism, the practice of wearing blackface in Spanish parades commemorating the arrival of the three wise men in Bethlehem continues. People wearing racist blackface depicting one of the three wise men as part of their Christmas and New Year celebrations in Spain are not seen as offensive, but rather as part of a culture and centuries-old tradition.

On January 6, the country celebrates the Three Kings parade. The parade commemorates the arrival of the three wise men or three kings – Balthazar (who is portrayed as Black), Melchior, and Gaspar – bearing gifts to the birthplace of Jesus Christ.

ALSO READ:  What To Know About The Controversial Nega Maluca Carnival Of Brazil That Features Blackface
Loading...

The procession, which dates back to the 19th century, features the three kings, with Balthazar in blackface walking through the streets and handing out sweets and gifts to children on January 6 to mark the end of the Christmas season, according to the Independent. People also dress up in blackface to represent Balthazar and distribute gifts.

Ruptly shared a video in 2019 of teenagers in blackface with exaggerated red lips handing out gifts to children in the parade in Alcoy, which has hosted the parade longer than any other location in the country.

The parade, according to the group, “helps to normalize slavery as something harmless and inconsequential in the collective imagination, which is completely untrue.”

Despite concerns that it will be racist, this year’s parade will take place on Friday, according to organizers in Igualada, who expect “about 1,000 volunteers” to participate.

“This year, 2023, and as it has been done since 1899, the parade in Igualada will be majestic, and most importantly, magical,” said the organizers. Authorities have always defended the practice, claiming that it is not racist but a “honor” to dress up as Balthazar, whom they regard as a very beloved and highly valued character within the parade itself. 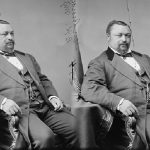 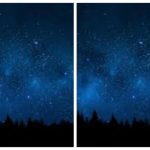