Tributes are pouring in for Quentin Williams after the Connecticut state representative died in a car accident on Thursday. According to The Associated Press, Williams, who was fondly known as “Q”, died just hours after he took the oath of office to serve his third term.

State police said the deceased Democratic Party lawmaker was driving home after attending the governor’s inauguration ball when a wrong-way driver got into a head-on collision with his car. The wrong-way driver also passed away.

Prior to his death, Williams was regarded as a promising political figure. The fatal incident also happened a day after he was made the co-chairman of the General Assembly’s Labor and Public Employees Committee. Wednesday was the legislature’s inaugural session of the year. Initially the co-chairman of the legislature’s Housing Committee, Williams had also set his sights on vying for higher office.

“I was so proud of him and his incredible accomplishments and had so much hope for what he was yet to do,”  state Sen. Matthew Lesser, D-Middletown, told the news outlet. “Just last night, with the governor’s ball, he got pulled into a work meeting with his Labor (committee) co-chair and they were fiercely coming up with plans for the incoming legislative session,” Lesser, who also tapped Williams to vie for his former House seat, added. “So it’s just, it’s just gut-wrenching.”

In the wake of Williams’ death, state legislators announced the closure of the state Capitol and Legislative Office Building, The Associated Press reported. The committee’s first meeting was initially set to take place on Thursday. But all legislative activities have since been postponed until Monday.

Williams’ death was announced by his family through a public statement released by Democratic House Speaker Matt Ritter and House Majority Leader Jason Rojas. “I am in shock,” Ritter said.

“Q was my dear friend and I am scarred by his sudden loss,” he added. “We will have time to reflect on Q as a legislator in the weeks to come, but right now I deeply mourn my friend and send all of my love to Carrissa, Queen and Q’s family. We will all miss Q.”

State police said the incident happened in the wee hours of Thursday on Route 9 in Cromwell. In the wake of the head-on collision, Williams’ car caught fire. The deceased wrong-way driver was identified as 27-year-old Kimede Mustafaj. Authorities are also investigating if alcohol or drugs was the reason behind the crash.

“This is devastating news, and I am incredibly saddened by this tragedy,” Gov. Ned Lamont said. “Quentin had an infectiously optimistic personality, and he absolutely loved having the opportunity to represent his lifelong home of Middletown at the State Capitol. Public service was his passion, and he was always advocating on behalf of the people of his hometown.”

Williams’ biography on his legislative webpage states that he was the first African American to represent the City of Middletown in the Connecticut General Assembly. He was also a Middletown Public Schools graduate, and he earned a Bachelor’s in Business Administration from Bryant University, a Master’s of Public Administration from Villanova University, and a Diversity and Inclusion Certificate from Cornell University.

He is survived by his wife and mother. 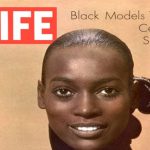 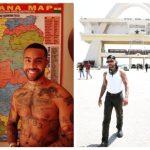