A company based in Dorset, UK, has suffered a ‘major loss’ after purchasing 18,000 T-shirts donning the message: “England, World Cup winners 2022”.

England were eliminated from the World Cup on Saturday, December 10 after suffering a 2-1 defeat to France in the quarter-finals and this came after Karl Baxter, managing director of Poole-based Wholesale Clearance UK, had purchased thousands of T-shirts in anticipation of England lifting the trophy.

Baxter, had intended to sell the shirts for £29.99 each, but he has now been forced to sell them at a reduced cost.

“I’m absolutely gutted that England has been knocked out of the World Cup,” Mr Baxter said in a press release.

“I have been really impressed with England’s performance in Qatar and was sure they would win this year’s tournament. When approached by a supplier to sell the shirts, I simply couldn’t say, ‘No.’

“I’d like to appeal to England fans to purchase one of the shirts, to keep it as a piece of history and a reminder of how well our team played throughout the tournament. While they haven’t won, they are still winners in my eyes.” 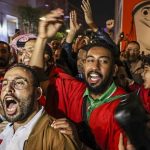 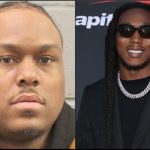