Louis Washkansky, a 53-year-old grocer, was the recipient of the transplant. He had a rapidly deteriorating cardiac problem. Washkansky’s donor was a young woman named Denise Darvall, who was killed by a car on December 2. She died as a result of serious brain damage. Denise’s heart and kidneys were signed over to the medical team by her father, Edward Darvall.

The operation began in the morning and was completed the next day after Washkansky was shocked back to life. Following the heart transplant, he awoke and engaged the medical team in conversation. He died of pneumonia 18 days after the transplant, however.

The Groote Schuur features a medical museum dedicated to Dr. Barnard and his staff, who revolutionized heart transplantation. The theatre where the transplant took place has been refurbished and rebuilt to reflect the moment the heart transplant was performed.

Dr. Barnard grew up in South Africa’s Beaufort West. He was born in 1922 to a preacher’s family. He attended the University of Cape Town to study medicine. Following a three-year scholarship, he was allowed to pursue medical studies. He came from a financially challenged family. He lived with his older brother while in school and commuted to university every day.

He overcame significant challenges such as needing to live on little income and overcoming language barriers. He struggled to express himself in English because his mother tongue was Afrikaans. After finishing his medical education, he completed his internship and residency at Groote Schuur Hospital and Peninsula Maternity.

Dr. Barnard’s desire to go above and beyond in his medical practice was fueled by an incident in which he had to deliver one of his patients’ babies who had a heart defect and there was nothing he could do about it. He was heartbroken because he had to see the baby’s death as a result of this condition. He was looking for a medical solution, one that could be accomplished through surgery and the replacement of heart valves.

During his doctorate in medicine at the University of Cape Town, he concentrated on heart surgery research. The heart-lung machine had been introduced in the United States medical establishment at the time, but it was viewed as dangerous for use in surgical procedures.

Dr. Barnard conducted extensive heart-related research and worked at night in small consulting rooms to save money. His career was launched when he was given the opportunity to work in Minneapolis, USA, under Professor Wagensteen, who guided him through experimental surgery.

The heart-lung machine had been upgraded before he departed the United States, paving the path for cardiac surgery. Dr. Barnard, on the other hand, saw another application for this technology: heart transplantation.

His point was that if it was possible to transplant kidneys using a machine, it was also conceivable to transfer hearts. When he finished his post-doctoral studies in the United States, his mentor, Prof Wagensteen, gave him a heart-lung machine as a gift.

This was the outcome of the heart transplant surgery he underwent at Groote Schuur Hospital after arriving in South Africa in 1958. 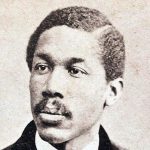 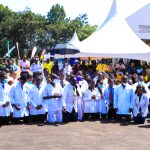