Adelaide Casely Hayford dedicated her life to educating young Sierra Leonean girls. She believed that education would prepare young girls for appropriate roles as wives and mothers, as well as promote racial pride.

Hayford was born in Freetown, Sierra Leone, on June 2, 1868. She was the second youngest child of parents William Smith Jr. and Anne Spilsbury. Her family belonged to the Freetown Creole elite and was well-educated. Hayford’s family moved to England when she was four years old, where she was raised and educated. Her mother died soon after they arrived in England, leaving her father to raise her. She excelled in her studies and was sent to Germany to study music at the age of 17.

ALSO READ:  2 Of The Top 3 Miss Universe Contestants Were Of African Descent!!
ALSO READ:  What To Know About The Kingdom Of Kerma, Ancient Sudan

Hayford received the best education available at the time. She learned basic educational skills, homecraft, a good understanding of literature, the art of conversation, and appropriate etiquette. Her musical training in Germany completed her education, allowing her to emerge as a versatile pianist and vocalist.

In 1888, she returned to England and began to consider a career in education. She had moved to Freetown in 1892 to pursue a teaching career. After a brief courtship, Casey married West African author Joseph Ephraim Casely Hayford. Gladys, their only child, was born with a hip joint deformity in 1904. Hayford traveled to England for medical treatment for her daughter and stayed for three years. Her marriage, however, ended in divorce in 1909.

Hayford returned to Sierra Leone and began dedicating her life to teaching young Sierra Leonean girls. She founded the Freetown Girls Vocational School and served as president of the Young Women’s Christian Association. She spread her educational principles throughout West Africa, never losing sight of her goal of preparing young women for middle-class families. 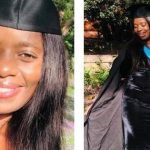 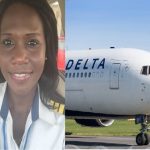