At the 1948 London Olympics, he was 28 years old and became the first Jamaican to win a gold medal in the 400-meter dash. However, his family does not want Dr. Arthur Wint to be recognized for this accomplishment every time his name is spoken. He was a lifelong learner and social justice activist. According to the BBC, he was a World War II pilot who excelled as a medic and diplomat.

His daughter, Dr. Alison Wint, stated that she does not want her father to be defined by his gold medal, but rather as a man who gave his all and took advantage of opportunities that allowed him to have a greater impact on society.

Arthur Wint was born in Jamaica in May 1920. He stood at 1.95 meters. He will be remembered for matching the world record of 46.2 seconds in the 400-meter event in the Olympics. Because Jamaica was under British administration until 1962, the anthem that was played as he selected this laurel was ‘God Save the Queen,’ according to his daughter. There is no doubt that Arthur Wint is a Jamaican national hero.

A statue in his honor has been erected in the national stadium, and streets have been named after him. Dr. Alison Wint stated that her father was always striving to be a better person and used that to enrich the lives of those around him.

ALSO READ:  How The First Black To Have A General Motors Franchise ‘Sold Cars From A Briefcase’ Because Of Racism

Her father was a household name in Jamaica throughout the 1940s, she said. She is unsure about today, but she did say that her father had seen active combat as a Royal Air Force pilot during World War II before taking to the track at the Olympics. He flew spitfires with two of his brothers during WWII. They are regarded as Caribbean pilots.

Dr. Alison Winston recalled her father having difficulty fitting into the narrow cockpits of the planes due to his girth. In the face of the hardships he faced throughout the war, she stated Arthur Wint demonstrated character and skill.

Arthur Wint was appointed to the office of Jamaican High Commissioner to the United Kingdom immediately after relocating his family in 1973. From 1974 until 1978, he served as High Commissioner to Jamaica in London. Dr. Alison Wint recalled how her father advocated for social justice when he was an officer in the army and his brothers were not. It was uncommon in the military for an officer to interact with someone who had not enlisted into the army.

He emphasized that being a higher-ranking officer should not create walls between him and his family. He was interrogated by the military high command, but he still went to see his brothers. He also declined the offer to be knighted, as is customary when one assumes the office of high commissioner to the court of St. James.

According to Dr. Alison Wint, the value of not bowing to the establishment because it is tradition has been engrained in her and informs all of her acts. Arthur Wint died in 1992 in Jamaica at the age of 72. 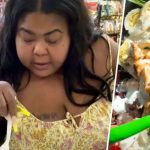 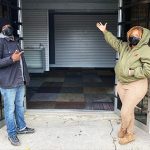