Nine women prosecuted since 2016 by Tunisian justice for the formation of a “terrorist” cell and the planning of the assassination of a minister, have been sentenced to terms of up to 25 years in prison, authorities said on Thursday.

Two members of this group of ten people, composed entirely of women, including its founder, were sentenced to 25 years in prison for “terrorist acts” on Tuesday by the Criminal Chamber within the court of first instance in Tunis.

ALSO READ:  Did You Know? Florence Beatrice Price is the First African-American Woman Recognized as a Symphonic Composer
Loading...

Seven other defendants received sentences ranging from three to 14 years in prison. Another was dismissed, according to the same source. The court charged the convicted persons with planning an attack on a minister.

In 2016, allegations circulated on social media of an assassination attempt on then Interior Minister Hédi Majdoub while visiting his parents, which his communications department denied.

According to private Tunisian radio Mosaïque FM, among the women convicted is a neighbour of the minister’s parents, accused of providing information about his visits to her family. The media did not give further details.

Contacted by AFP, the Ministry of Justice was unable to give details on this case. The Tunisian prosecutor’s office has no spokesperson and has not communicated with journalists for months.

After the 2011 popular uprising in Tunisia that brought down dictator Zine El Abidine Ben Ali, the country experienced a boom in jihadist groups that carried out several attacks that killed dozens of tourists and security forces.

The authorities claim to have made significant progress in the fight against jihadists in recent years.

But this is the first time that an all-female group has been involved in terrorist acts. 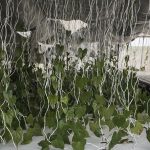 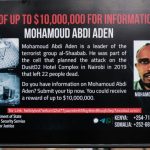