Sarah (Saartjie) Baartman’s story is well known. She was the most well-known of at least two Khoikhoi women who were displayed as freak show attractions in Europe throughout the 1800s. While many people are aware of her story, there are a few interesting facts that are frequently overlooked. Check them out below:

Many people believe that Baartman exclusively spoke Dutch, however she was fluent in several languages. She spoke fluent Dutch, passable English, and a little French in addition to her native tongue.

2. She was exhibited over 100 times in London, alone

Baartman’s first stop after being taken from South Africa was London. While she left willingly, she was misled about what she would be doing. She was exhibited over 200 times before leaving London.

3. She refused to show her elongated labial lips

Her large labial lips, which hung around 3-4 inches down, were one of Baartman’s most intriguing traits to European clientele. Scientists were enthralled by this feature and asked and even paid Baartman to reveal it to the public on numerous occasions, but she refused each time. She would pose naked at times but insist on wearing an apron around her waist to conceal her genitals.

ALSO READ:  [PHOTOS & VIDEO]: Every African Needs To Read To Know The Story!!!

4. She was a skilled musician

In his studies of Baartman, French naturalist Georges Cuvier noted that she could dance according to her country’s traditions, had a lively personality, and was extremely skilled at playing the Jew’s Harp.

5. For extra cash, civilians were allowed touch her

Europeans thought of Baartman as a freak of nature. You could poke and prod her with a stick or your finger for extra money. Baartman was said to have been treated like a caged animal. It’s even possible that she had to wear a collar at one point.

6. She declined a rescue attempt

Following the passage of the Slave Trade Act in 1807, the African Association launched a press campaign to free Baartman. They went to court, but Baartman claimed that she was not restrained, had not been sexually molested, and had come to London of her own free will. She also stated that she was aware that she was only receiving half of her earnings and that she did not wish to return home. Despite the fact that these claims contradicted those of eyewitnesses, the case was dropped.

7. The making of Hottentot Venus

Indigenous African women were regarded weird, inferior, and, ironically, exotically appealing to many white Europeans around the time Sarah arrived in Cape Town. Sarah, with her honey brown skin and other unusual traits such as her typical Khoisan huge and protruding buttocks, quickly became the object of interested attention. Her distinctively non-European appearance piqued the interest of surgeon William Dunlop, who struck a deal with Cezar to take “ownership” of Sarah.

Sarah never returned home, and after being displayed as a half-clothed freak in London, she was transported to France and sold to an animal handler. Her abuse and degradation worsened here, as she was led around and given instructions like an animal, while her feminine organs were studied as a morbid curiosity and sexual oddity. It is also believed that during this time she became a heavy drinker and fell into or was forced into prostitution. 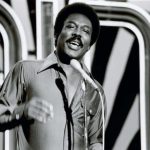 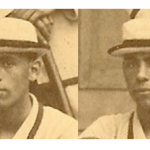