Throughout history, Africa has been home to a number of advanced civilizations that developed novel approaches to social issues. These civilizations contributed significantly to the fields of politics, economics, and social organization, and their techniques and approaches continue to influence societies around the world today. Here are ten hidden ways ancient advanced African kingdoms dealt with social issues:

1.The Kingdom of Kush

To choose leaders, the Kingdom of Kush in modern-day Sudan used a meritocracy system. The Kushites believed that merit, rather than inherited status or wealth, should determine leadership. This system ensured that only the most capable and qualified people rose to positions of leadership, thereby reducing corruption and nepotism.

2. The Kingdom of Axum

ALSO READ:  Will Glover, The Only Black Player in Surf Rock History

In modern-day Ethiopia, the Kingdom of Axum developed a sophisticated trade and commerce system. To facilitate trade, the Axumites built a network of roads and trading routes that stretched across the region, and they used a system of standardized weights and measures. This system aided economic growth and stability, allowing the Axumites to establish a strong and prosperous civilization.

3. The Kingdom of Ghana

The modern-day Kingdom of Ghana created a justice system based on restorative justice principles. Rather than emphasizing punishment, the Ghanaian justice system sought to repair the harm done by crime and to restore relationships between victims and offenders. This approach aided in the reduction of conflict and the promotion of social harmony.

4. The Kingdom of Mali

The Kingdom of Mali in modern-day Mali and Senegal established a government system based on the concept of decentralization. Instead of a single centralized authority, the Malian government was divided into several smaller regions, each with its own local leaders and governance systems. This approach aided in the promotion of local autonomy while lowering the risk of corruption and abuse of power.

ALSO READ:  3 Flags Of African Empires That Existed Before Colonialism

5. The Kingdom of Songhai

The Kingdom of Songhai in modern-day Niger and Mali established an educational system based on the concept of lifelong learning. The Songhai considered education to be an ongoing process, and they established a network of schools and universities to promote learning and intellectual development. This system contributed to the development of a highly educated and knowledgeable society.

6. The Kingdom of Benin

The Kingdom of Benin in modern-day Nigeria established a system of governance based on the concept of consensus. The Benin believed that rather than issuing top-down orders, decisions should be made through consultation and negotiation. This approach aided in the promotion of cooperation and harmony, allowing the Benin to make decisions that were in the best interests of the entire community.

7. The Kingdom of Ife

In modern-day Nigeria, the Kingdom of Ife established a system of governance based on the concept of checks and balances. The Ife believed that no single person or group should have too much power, so they instituted a system of checks and balances to prevent abuses of power. This system aided in the promotion of fairness and justice, as well as ensuring that the Ife were governed responsibly and accountable.

The Kingdom of Kanem-Bornu in modern-day Chad and Nigeria established a government system based on the concept of representation. The Kanem-Bornu believed that all members of society should have a say in decisions that affected their lives, so they established a representative government system to ensure that all voices were heard. This system promoted democracy and participation by allowing the Kanem-Bornu to make decisions that were in the best interests of the entire community.

9. The Kingdom of Zimbabwe

In modern-day Zimbabwe, the Kingdom of Zimbabwe established a governance system based on the concept of mutual aid. The Zimbabweans believed that everyone had a responsibility to help one another and set up a mutual aid system to ensure that everyone had enough resources to meet their needs. This system aided in the promotion of social cohesion and cooperation, allowing Zimbabweans to build a strong and prosperous society.

10. The Kingdom of Aksum

The Kingdom of Aksum in modern-day Ethiopia established a governance system based on the concept of pluralism. The Aksumites valued diversity and believed that different groups should be able to coexist and thrive within the same society. They established a pluralistic system that allowed different cultures, religions, and ways of life to coexist, resulting in a vibrant and diverse society.

Finally, these are just a few of the many creative ways that ancient advanced African kingdoms dealt with social issues. These civilizations developed a variety of approaches that helped to promote harmony, prosperity, and stability within their societies, ranging from meritocracy and decentralization to mutual aid and pluralism. Many of these approaches are still used and adapted by societies all over the world today, and they bear witness to the ingenuity and resourcefulness of these ancient African civilizations. 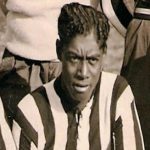 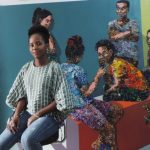