The city of Minneapolis will buy the gas station at the junction where George Floyd was slain, according to the Associated Press. The Speedway gas station will be converted into a racial justice healing center as well as a lasting memorial for Floyd.

Floyd, 46, died on May 25, 2020, after former Minneapolis police officer Derek Chauvin knelt on his neck for more than nine minutes despite the Black man warning him repeatedly that he couldn’t breathe.

George Floyd Square is currently named after the crossroads where he was slain. And the purchase of the gas station was approved by the City Council unanimously on August 8. Following the killing of the Black man, the neighborhood in issue has become a protest site.

According to the Star Tribune, the restoration will cost $200,000 if the city accepts a $420,000 payment from the site’s owners. However, due of what the site was originally used for, the soil could be contaminated.

According to city filings, the owners of the gas station, Realty Income Corp., chose to sell the property in part due to liability concerns. In March, a man’s body was discovered on the premises, and prosecutors said he died as a result of fentanyl overdose.

However, other activists fear that the city’s move to purchase the gas station could jeopardize the protest’s organic beginnings and community space, according to The Associated Press.

Floyd’s killing provoked protests both inside and outside the United States during a year marked by racial reckoning.

Chauvin was sentenced to 22 and a half years in jail after being found guilty of murder and manslaughter. Three other former Minneapolis police officers were also convicted in the death of the Black guy. 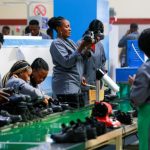 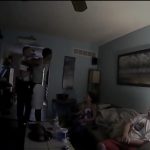