Due to statistics about Black women’s health during childbirth, a former CNN anchor has revealed that she is moving to New York to give birth to her baby and be closer to her OBGYN.

Isha Sesay, a British journalist who previously worked as a CNN International correspondent, posted a video on Instagram on Monday to explain the “major shift” in her life, as she will be “moving states” during the final stages of her pregnancy.

“Most of you know I’ve been in LA these past few months, but now in my final trimester, I’m actually heading to New York,” she said. “And I’ll be there through the final trimester, ‘til my little one arrives.”

She went on to say that her decision was “complicated,” before explaining how it was influenced by statistics about Black women’s experiences giving birth.

“They revolve around my concerns in healthcare and specifically Black women’s experiences here in the US with childbirth,” she continued. “And the data shows terrible things, that we’re three to four times more likely to die in childbirth than our white counterparts. Even when you strip our education and wealth, things more often go wrong for us.”

According to the Centers for Disease Control and Prevention, black women are three times more likely than white women to die from “a pregnancy-related cause” (CDC). The maternal mortality rate for non-Hispanic Black women was 3.55 times that of non-Hispanic White women, according to a 2021 study published in the American Journal of Public Health.

Sesay continued to laud her OBGYN in her video, claiming that she is temporarily relocating to New York because of him.

“So I’ve made the decision to go and be in New York, close to my OBGYN, who is phenomenal and is just an incredible physician, who I believe sees my whole self,” she continued. “And the whole self of my child.”

She ended her video by emphasizing how “complicated” it is for her to make this life change, before stating that she intends to use her platform in the future to discuss Black women’s health experiences in the United States.

“It’s troubling that I have to make this shift, but that’s what’s happening,” she added. “I wanna talk a little bit more about the disparities in healthcare for Black women in the weeks ahead, but I’m on my way to the airport. And, yeah, big shift. Big change.”

In the caption, Sesay encouraged her followers to discuss and contribute to the important conversation.

“We all need to shine a light on this terrifying reality for pregnant Black women in the US, so I hope you’ll join me for these critical conversations,” she wrote.

Many of Sesay’s peers and followers commented on the post to express their support for her decision and to raise awareness of the healthcare issues that Black women face.

“Yes for doing everything you can for you & the bambino. I hope you feel all of our prayers & well wishes undergirding you,” CNN writer Lisa Respers France added.

“Wishing you all the best,” a third individual wrote. The more they deny the existence of this inequality, the more clear it becomes. All you have to do now is open your eyes!”

Several variables, including “quality healthcare, underlying chronic illnesses, institutional racism, and implicit bias,” contribute to racial disparities in births, according to the CDC.

The Independent has reached out to Sesay for comment. 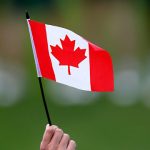