A letter published Tuesday, Dec. 20, by the higher education ministry instructed Afghan public and private universities to suspend access to female students immediately, in accordance with a Cabinet decision.

This comes after girls were barred from returning to secondary schools in March, after the Taliban ordered schools for girls to shut just hours after they were due to reopen following months long closures imposed after the Taliban takeover in August 2021.

ALSO READ:  Uganda Offers To Take In Refugees From Afghanistan

The announcement banning university education for women by the Taliban came as the United Nations Security Council met in New York on Afghanistan.

Foreign governments have said that a change in policies on women’s education is needed before it can consider formally recognising the Taliban-run administration, which is also subject to heavy sanctions.

“The Taliban cannot expect to be a legitimate member of the international community until they respect the rights of all Afghans, especially the human rights and fundamental freedom of women and girls,” U.S. Deputy U.N. Ambassador Robert Wood told the council, describing the move as “absolutely indefensible.”

Britain’s U.N. Ambassador Barbara Woodward said the suspension was “another egregious curtailment of women’s rights and a deep and profound disappointment for every single female student.”

“It is also another step by the Taliban away from a self-reliant and prosperous Afghanistan,” she told the council. 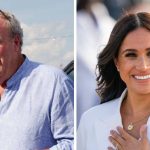 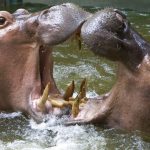