Antonieta de Barros was a trailblazing journalist, educator, and social activist in Brazil who spent her life fighting for the rights and empowerment of women and people of color. She faced numerous challenges as a woman and a person of color in a society steeped in patriarchy and racism when she was born in 1901. Nonetheless, she persisted and rose to become a respected and influential figure in Brazil’s social and political landscape.

ALSO READ:  Nigerian Graduate Inspires Many After She Showed Off Her Impressive Shoemaking Business | Photos

Antonieta began her journalism career in 1920, working for a number of well-known newspapers and magazines. In 1922, she established “A Semana,” a weekly newspaper devoted to issues concerning women and the arts. Antonieta used her platform as the editor and director of “A Semana” to raise awareness about important social and political issues such as women’s suffrage, education, and civil rights. She also used her newspaper to promote the work of emerging artists and writers, thereby contributing to the development and support of Brazil’s cultural scene.

Antonieta was a journalist, educator, and social activist, among other things. In 1930, she established the Antonieta de Barros School, which was one of the first institutions in Brazil to provide higher education to women. Antonieta’s school aimed to empower and educate women, assisting them in developing their skills and confidence so that they could play a more active role in society.

Despite the many challenges Antonieta faced as a woman and a person of color in Brazil, she was a trailblazer and an inspiration to many others. She was the first Black woman elected to the Brazilian Federal Congress, and she used her position to advocate for marginalized communities’ rights and empowerment. She was a tenacious and tireless advocate for social justice, and her work and legacy continue to inspire people all over the world.

As we remember Antonieta de Barros, we should consider her life and the many challenges she faced. Her story exemplifies the human spirit’s resilience, determination, and courage, and it serves as a reminder of the power we all have to make a difference in the world. Antonieta de Barros demonstrated that one person can truly make a difference, whether through journalism, education, or activism, and her legacy continues to inspire and empower people of all ages and backgrounds. 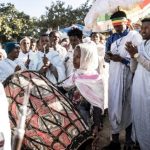