Until 1920 when Congress ratified the 19th Amendment, women didn’t have the right to vote in the U.S. Even after 1920, Black women were still barred from the polls in many states. Some Black female suffragists then joined the suffrage movement, and in the century that followed, they fought for the rights of their fellow women to vote in the midst of discrimination and racism. Then came the gallant Black female presidential candidates.

Before Shirley Chisholm, 38-year-old Charlene Mitchell of Ohio was the first Black woman to run for president in 1968. She entered the 1968 presidential race on the Communist Party ticket with her running mate being Michael Zagarell, the party’s national youth director.

Her campaign focused on poverty and civil rights but she failed to make it as many states at the time did not allow communists on the ballot. At the end of the day, she appeared on the ballot in two states, receiving just 1,075 votes. Being Black and female also didn’t get her the votes.

Five decades after making history, Mitchell passed away in a nursing home in Manhattan on December 14, 2022. She was 92. Here are five things to know about the Black woman communist candidate:

She was already an activist in her teens

Born on June 8, 1930, in Cincinnati to parents who were part of the migrations of southern Blacks to northern cities in the 20th century, Mitchell was a leader of a protest against segregation at a cinema on Chicago’s North Side while she was in her teens. She and her family had at the time moved to Chicago. The cinema demanded Black patrons to sit in the balcony. But in the 1940s, Mitchell, alongside some Black and white students,  switched places while attending a matinee, bringing an end to the racist policy.

She joined the youth branch of the Communist Party at 13

Mitchell joined the youth branch of the Communist Party and became a full party member in 1946 before studying at Theodore Herzl Junior College (now Malcolm X College) in Chicago. She once said in an interview that she joined the Communist Party because she fell in love with the Communist Manifesto. In the early 1950s when she moved to Los Angeles, she founded an all-Black chapter called the Che-Lumumba Club, which she named after Cuba’s revolutionary hero Che Guevara and Congolese leader Patrice Lumumba.

In 1970 when activist Angela Davis was arrested for providing weapons used in the killing of a judge in Northern California’s Marin County, Mitchell led her defense committee. Davis said she did not know the weapons would be used in an attack. In 1972, she was acquitted largely thanks to the work of Mitchell. Mitchell went on to found the National Alliance Against Racist and Political Repression, a group that focused on issues about police brutality and the legal system, according to The New York Times.

Mitchell also helped in the acquittal of Joan Little, a Black woman inmate in North Carolina who was accused of murdering a prison guard who sexually assaulted her. When the Wilmington 10, a group of nine Black men and one woman were accused of arson and conspiracy in 1971, Mitchell also lobbied on behalf of the group.

She helped get Nelson Mandela released from prison

Mitchell protested the apartheid system in South Africa in the 1970s and with the Communist Party, she led rallies that helped see to it that Mandela and other members of his African National Congress were released from prison. She visited Mandela after his release in 1990 and was present when he became president in 1994. It was during this period that Mitchell left the Communist Party over concerns that it was dwelling more on class issues instead of paying attention to racial issues. Still a committed socialist, she went ahead to help found the Committees of Correspondence for Democracy and Socialism. She would work with the American Federation of State, County and Municipal Employees until 2005.

She is survived by two brothers and a son

Mitchell’s marriages to Bill Mitchell and Michael Welch ended in divorce. She is survived by two brothers, Deacon Alexander and Mike Wolfson, along with her son. 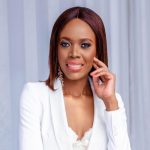 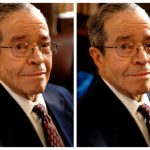