Sereena Quick opened a Chick-fil-A restaurant in Philadelphia, PA, in November 2022, becoming the first Black woman to do so in Pennsylvania, New Jersey, and Delaware, according to 6abc Action News.

“It really is astounding just this accomplishment to really inspire and motivate the people in our community,” Quick told the news station. “The young Black boys and girls in our community, who are going to one day look at me — or even at this opportunity — and say, ‘I too can do this.’”

The 38-year-old was chosen as the Operator earlier this year, so the grand opening has been months in the planning. The new eatery, located at 4040 City Ave, is expected to employ more than 100 people.

Before creating history, Quick understood the value of perseverance. She graduated from college despite coming from the public housing community Raymond Rosen Homes and a single-parent home, according to a Chick-fil-A blog post.

Quick began her work as a juvenile probation officer in her hometown before seeking a new chapter in her professional adventure. She knew she wanted to work in the restaurant sector after meeting Jon Hooper, the owner/operator of Chick-fil-A, Auto Mall Parkway in Fremont, CA.

Quick’s genuine dedication was shown when she met Hooper’s best buddy, Stanley Webster, who formerly led Chick-fil-A Liberty Place. Quick volunteered at his restaurant, and as a result, she was inspired to pursue a new career.

Quick went from being the Executive Director of Chick-fil-A Malvern in Pennsylvania to owning her own restaurant in the state in three years.

“I love the city of Philadelphia. I am living proof of its rich history, vibrant diversity and endless possibilities,” Quick shared, according to the blog post. “I am passionate about creating long-term positive change in my community and look forward to this new chapter in the place where I was born and raised.”

Loading...
ALSO READ:  Top 10 Most prosperous Nations In Africa (Nigeria Out, Ghana In)
76
SHARES
ShareTweetGet Stories like this
PinterestGoogle 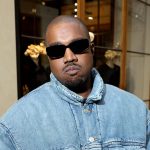 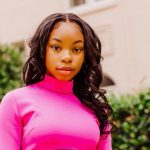