The King has reportedly evicted the Duke of York from using Buckingham Palace following a series of scandals involving his former friendship with sex offender Jeffrey Epstein.

The Duke of York was told to no longer use Buckingham Palace as an office space, effectively severing his final tie to his old life as a working royal, according to a new report in The Sun.

‘Any presence at the Palace is officially over,’ a source was quoted as saying. ‘The King has made it clear. He isn’t a working royal. He’s on his own.’

As part of the King’s decision, Andrew, 62, will not be able to use the address for any future correspondence. The skeleton staff which had been retained since he stepped down from public duty three years ago now reportedly face being put out of work.

The report comes after Queen Consort Camilla was announced as the disgraced Duke’s replacement as Colonel of the Grenadier Guards in a shake-up of senior royal military positions.

The shuffle will also see the Princess of Wales promoted to her first Army role, taking over as colonel of the Irish Guards from her husband.

Prince William will become colonel of the Welsh Guards instead.

Andrew inherited the position of colonel of the Grenadier Guards from his late father, the Duke of Edinburgh, when he retired from public life in 2017.

Following his disastrous BBC Newsnight interview in 2019, he was forced by the Queen to step down from official royal duties.

Up until this year, he’d kept 10 military affiliations, including colonel of the Grenadier Guards, while he worked to clear his name amid the scandal of his association with US paedophile Jeffery Epstein.

He was finally stripped of the ceremonial title earlier this year in the aftermath of his decision to settle a civil lawsuit with one of Epstein’s victims, Virginia Giuffre, who had also accused him of assault.

A settlement was agreed last year, believed to have been in the region of $12million (£9.8million). He has always strongly denied any wrongdoing.

Andrew is set to join King Charles and other high-ranking royals for Christmas dinner at Sandringham tomorrow.

The King, 73, will also pay tribute to Queen Elizabeth II in his first Christmas Day address. 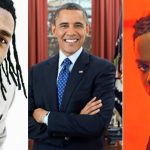