Cristiano Ronaldo has been named the most marketable athlete on the planet ahead of old rival Lionel Messi, Serena Williams, Lewis Hamilton, and LeBron James on annual SportsPro list.

The Manchester United star is considered to be one of the greatest players in the history of football as he has huge brand deals with the likes of Nike, Herbalife, Clear, and LiveScore.

SportsPro released their list of the 50 most marketable athletes on Monday morning, October 17, with Ronaldo topping the charts.

Athletes were ranked according to a ‘Marketability Score’, which is split into three distinct scoring components: brand strength, economics, and audience.

Designed to accurately evaluate an athlete’s marketability, the ranking is not just based on social media followership or reach, but also takes into account an athlete’s social impact, charitable endeavours, and influence on the triple bottom line.

Ronaldo was named the most marketable athlete after commanding a ‘marketability score’ of 91.21 out of a possible 100.

‘Who is the most marketable athlete on the planet today?’ asked Michael Long, SportsPro’s editorial director. ‘We at SportsPro have asked ourselves that very question every year since 2010, and each year the process of answering it provides a fascinating snapshot of the business of athlete marketing.

‘Marketability can be defined in many ways, but what’s clear from our in-depth assessment is that each of the athletes in this year’s diverse list delivers considerable value to their brand partners.

‘Not only are they elite, but highly visible performers in their respective sports, their individual reach and influence and, in many cases, willingness to speak out on social issues also positions them as ideal ambassadors for companies seeking to communicate authentically to consumers.’ 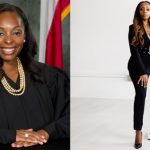