The Lions of Teranga managed to defeat Ecuador on Tuesday evening sealing their spot in the competition.

Ismaila Sarr broke the deadlock just before half-time by converting a penalty he had won himself.

The South American equalizer in the 68th minute but two minutes later the captain Kalidou Koulibaly gave a further advantage to the Lions.

With this precious victory, Senegal finished second in their group behind the Netherlands, who defeated Qatar 2-0

The next opponent will be Marcus Rashford’s England, once again who domineered against their neighbors Wales.

Rashford scored two goals at Ahmad Bin Ali Stadium, making him the co-leading scorer at the World Cup with three goals — the same as France striker Kylian Mbappe and two others. Phil Foden, another England player who made his first start in Qatar on Tuesday, got the other. 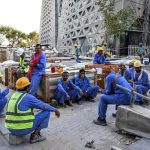 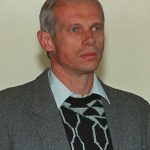