Eve Jihan Jeffers Cooper is a rapper and actress best known for her roles as Eve, the First Lady of Ruff Ryders Entertainment, and in the Barbershop film series. Jeffers was born in Philadelphia, Pennsylvania on November 10, 1978. Jerry Jeffers, her father, was a supervisor at a chemical plant, and Julie Wilcher, her mother, was a supervisor at a publishing company. Jeffers developed an early interest in singing and participated in a number of local church choirs.

Jeffers formed an all-female singing group called Dope Girl Posse after graduating from Martin Luther King High School in Philadelphia. Jeffers began to hone her style and skills after the group’s manager suggested they try rapping. Meanwhile, she made ends meet as a stripper until rapper Mase convinced her to stop.

Jeffers began performing under the name Eve of Destruction after signing with Aftermath Entertainment in 1998. In 1999, she released her first single, “What Ya’ll Want,” which peaked at number one on the Billboard Hot Rap Songs list. In September 1999, Jeffers released her debut album, Let There Be Eve…Ruff Ryders’ First Lady.

Jeffers has appeared on the covers of numerous magazines, including Essence, Rolling Stone, and Ebony, and she has her own clothing line, Fetish. Jeffers starred on the UPN network in the sitcom Eve from 2003 to 2006. Throughout her career, she has worked with Gwen Stefani, Ludacris, Alicia Keys, Adam Levine, Shaggy, Kelly Rowland, and many others on music.

Jeffers has also toured the world as a solo artist and in collaboration with others. She has won several awards, including a BET award for Best Female Hip-Hop Artist in 2001, a Grammy award for Best Rap/Sung Collaboration in 2002, and a Soul Train Award for Best R&B/Soul or Rap Music Video in 2003.

Jeffers began dating Maximillian Cooper, a British millionaire, in 2010, and the couple married in Ibia, Spain in 2014. After an eleven-year absence, she returned with her fourth studio album, Lip Lock (2013), on the RED label. Cooper joined the CBS daytime show The View as a regular co-host in 2017, and stayed on the show until November 2020, when she quit owing to Covid-19 travel restrictions and to focus on her podcast in England. Cooper co-stars in the ABC musical series Queens’ (2021) with singer Brandy, and she recently announced that she is expecting her first child in February 2022. 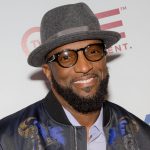 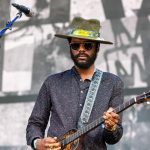