On Wednesday, Republicans opposed to the selection of former minority leader Kevin McCarthy nominated Rep.-elect Byron Donalds (R-FL) to be House speaker. Donalds was nominated for Speaker by U.S. Rep.-elect Chip Roy, a Texas Republican, ahead of the fourth vote in two days for the position, according to Florida Politics.

“Byron is a dear friend, a solid conservative but most importantly a family man who loves dearly his wife, Erica, his three children; has a proven track record as a businessman, public service in the Florida legislature and now as a member of the United States Congress,” Roy said.

ALSO READ:  You Don’t Need A Degree Anymore To Be Hired By This Top Accounting Firm
Loading...

For the first time in history, both major parties have nominated a Black American to lead the lower chamber of Congress. Democrats have nominated Rep.-elect Hakeem Jeffries (D-N.Y.).

Donalds is a native of Brooklyn, New York, who was elected to Congress in 2020 after Rep. Francis Rooney (R-Fla.) retired. Donalds graduated from Nazareth Regional High School in East Flatbush with two siblings before attending Florida A&M University and receiving a Bachelor of Science degree in finance and marketing from Florida State University in 2002.

He later worked in finance, insurance, and banking before entering politics. He ran for Congress for the first time in 2012, two years after becoming a Republican and becoming involved in the Tea Party movement. He was elected to the Florida legislature four years later. From 2016 to 2020, Donalds served as the Florida state representative for the 80th district, which borders Hendry County and a portion of Collier County. He has been the United States Representative for Florida’s 19th congressional district since 2021.

The 44-year-old was recently in the news for defending former President Donald Trump amid racism allegations against him. According to The Washington Post, Donalds has frequently chastised liberal lawmakers, especially the Congressional Black Caucus, for their stance on racial issues.

In 2020, Donalds became a participant in the “Freedom Force”, a group of incoming House Republicans who are “fighting against socialism in America”. Donalds was also one of 49 Republicans in the House who voted to repeal the AUMF against Iraq in June 2021.

Donalds is married and has three sons, all of whom live in Naples, Florida. 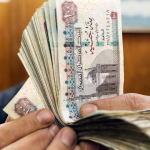 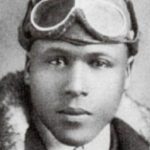