Meet the founders of Frameline Media Films, a Black-owned film production and videography company based in Cleveland, Ohio: John Ford, Brian Wilson, and their uncle, Terry Coleman. They not only shoot and produce documentary films, but they also provide the best and most affordable wedding photography and videography in the Midwest.

Uncle Terry is the primary photographer, while John and Brian are primarily videographers. John, 34, says he is very passionate about filmmaking and enjoys expressing tales through film. Brian, who is 27 years old, agrees. He observes, “I’ve always loved filming, from making skits for YouTube as a teenager to now creating beautiful cinematic wedding films and more. I taught myself how to film those movie shots I adored and incorporate them into the videos I now produce.”

Uncle Terry adds, “It’s one thing to see or hear the bride and groom get thrilled about seeing themselves in images or video through the lens of my first video camera (Canon XA20), but it’s quite another to watch or hear them get happy by seeing themselves in pictures or video. This ancient technique of making media content is thrilling and fascinating. Every day is different, from the people we meet to the jobs we do.”

Despite being based in Cleveland, Ohio, their family-owned business is available for film projects and weddings all over the Midwest, South, and East Coast. They always shoot in 4K with at least two cinematographers and, yes, drones are used. 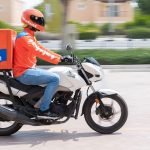 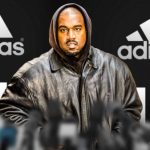