The panel included industry jurors as well as a host of casting directors, producers and experts shortlisted 4 actresses and an actor.

The list was unveiled during a press conference at The Savoy Hotel in London.

Ugandan-born British actress Sheila Atim who starred in historical epic “The Woman King”, is among the nominees.

“It’s just wonderful because I love this award. I think this is a really special award. I think everyone feels that. I think it’s the reason why it gets this lovely event, a press conference, you know, to celebrate people who are putting the graft in the sort of earlier days in their career and who are making waves, who have the potential to be change makers,’ she explained.

Naomie Ackie whose credits including; “Star Wars: Episode IX – The Rise of Skywalker” and “Small Axe,” is currently riding high on the U.K. box office charts with “Whitney Houston: I Wanna Dance with Somebody”. Even though she was “over the moon” about her nomination, she confessed walking the red carpet as a nominee in February will be no piece of cake.

“The red carpet makes me really nervous, but I am. You know, it’s so funny because I take my best friend every year and usually, like, we sit on the higher bit, and then we do the red carpet, and then me and her go to the parties afterwards. And this time, it feels slightly different, but I think the same thing is going to happen: sit down, you enjoy the show, then you go and party.”

Naomie Ackie is global superstar Whitney Houston in the latest biopic dedicated to the American singer.

The EE BAFTA Rising Star Award winner will be announced on the 19th of February. Now in its 18th year, the Rising Star award is the only BAFTA voted for by the British public. The voting window is now open. 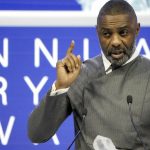 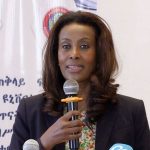