Hundreds of people in the Tunisian capital have taken to the streets in demonstrations against President Kais Saied on the 12th anniversary of the fall of former dictator Ben Ali.

Angry crowds protested against the deterioration of their living conditions, against a backdrop of increased political divisions.

ALSO READ:  A Look at the Poem ‘Insulting Yoweri Museveni's Late Mother’ That Got Dr. Stella Nyanzi in Jail
Loading...

Supporters of the Islamist-inspired Ennahdha party called for Saied, who launched a dramatic power grab in July 2021, to step down.

Ennahdha had dominated parliament until Saied sacked the government and froze parliament before appointing a new cabinet and ruling by decree.

ALSO READ:  Here Is What 'The Trump Administration' Is Saying About Zimbabwe’s 'Minute Zero'

Another march, by the anti-Islamist opposition Free Destourian Party, took place near the presidential palace.

Many Tunisians are angry at the economic crisis which has left many supermarket shelves empty amid ongoing shortages of food items such as coffee, couscous and sugar.

Supermarkets are now rationing some produce such as pasta and milk to ensure stocks don’t diminish any further.

Officials say the rationing of some consumer products is a preventive measure but campaigners are demanding the state declares a state of water emergency.

Agriculture Ministry official, Hammadi Habib, earlier said: “If we do not take decisions in January to reduce irrigation water and ration water use now to prioritise drinking water then for sure in August we will not have drinking water in the capital or coastal regions.”

Tunisia’s food supply problems are, in part, due to high global prices and the government’s own financial difficulties, which have reduced its capacity to buy imported food and subsidise farms at home. 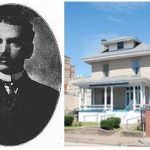 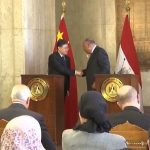