Jessie Ernest Wilkins Jr made history by becoming one of the youngest students to attend the University of Chicago in 1936 at the age of 13. At the age of 17, he completed his bachelor’s degree in Mathematics and picked his master’s degree the following year.

At the age of 19, Wilkins Jr had bagged his Ph.D. in Mathematics, becoming the seventh African American to receive a doctorate in mathematics from the University of Chicago, according to nuclearmuseum.prg.

In the mid-1940s, he became one of the contemporary mathematicians of African descent. He gained employment at the University of Chicago where he worked at the Met Lab during the Manhattan Project. Wilkins Jr was born on November 27, 1923, in Chicago, Illinois. He began his teaching career at the Tuskegee Institute after graduation before his job at the Met Lab in 1944.

He conducted a series of research with Arthur Compton and Enrico Fermi on methods for producing fissionable nuclear materials, specifically focusing on plutonium-239. He only got to know the end product of his research when the U.S. dropped an atomic bomb on Hiroshima on August 6, 1945.

He had to take a research job with Eugene Wigner in 1944 when Jim Crow laws barred him from assuming a scientific role at Oak Ridge because of the color of his skin. The Oak Ridge job was on the recommendation of Edward Teller. Wilkins Jr worked with Eugene Wigner on the design and development of nuclear reactors that had the ability to transform uranium into weapons-grade plutonium.

ALSO READ:  Here's How This Woman Built A Career And Two Side Hustles That Pay $158k A Year

Together with Wigner, they invented the Wigner-Wilkins approach for measuring the distribution of neutron energies within nuclear reactors. Their paper on nuclear absorption which was declassified in 1948 was published in Wigner’s Collected Works. They wrote the paper in 1944.

In 1945, he joined 70 other scientists to sign Leo Szilard’s petition to President Truman appealing to him not to use the atomic bomb on Japan. When the war was over, Wilkins Jr turned his attention from working in nuclear space to mathematics. He worked with the American Optical Company in Buffalo, New York where he specialized in designing and testing optical techniques for microscopes, telescopes, and other ophthalmologic uses, according to nuclearmuseum.org.

Despite his successes, he went back to class to acquire a bachelor’s and master’s degree in mechanical engineering from the University of New York. He was known to be a strong advocate for using atomic energy for peaceful endeavors. He was in charge of various positions at the Nuclear Development Corporation of America, later the United Nuclear Corporation (UNC), in White Plains, New York from 1950 to 1960.

When he assumed the position of senior mathematician and manager of the Physics and Mathematics departments, Wilkins Jr pioneered various research and development projects in the area of atomic energy. He became the Distinguished Professor of Applied Mathematical Physics at Howard University in 1970, setting up the university’s Ph.D. program in mathematics.

He became the president of the American Nuclear Society from 1974 to 1975 and became the second African American in 1976 to be elected to the National Academy of Engineering, one of the highest honors an engineer can receive. 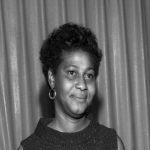 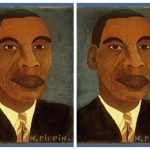