South African mobile gaming startup Carry1st has raised a US$27 million funding round to develop, license, and publish new games, as well as further expand Pay1st, its monetisation-as-a-service solution.

Founded in 2018 and based in Cape Town, Carry1st is a mobile games publisher serving the first generation of African smartphone users, which has so far reached millions of users across the region with games such as Mine Rescue and SpongeBob: Krusty Cook-Off. The startup has also launched a proprietary payments and online marketplace to better monetise content.

It raised US$6 million in Series A funding in May 2021, plus a US$20 million Series A extension round a year ago, and has now raised an additional US$27 million round led by BITKRAFT Ventures with participation from Andreessen Horowitz (a16z), TTV Capital, Alumni Ventures, Lateral Capital, Kepple Africa Ventures, and Konvoy.

This capital raise comes off the back of a successful partnership with Call of Duty: Mobile in South Africa in Q4 2022, as well as new partnerships to be launched in 2023. Carry1st also saw the first game from its CrazyHubs gaming accelerator become the number one downloaded game in the US, grew its revenue significantly over the last 12 months, and signed a range of partnerships that will fuel the company’s growth in 2023.

Carry1st will use the financing to develop, license, and publish new games as well as further expand Pay1st, the company’s monetisation-as-a-service solution.

“We’re delighted to partner with BITKRAFT, one of the world’s top gaming VC firms, alongside a16z and other existing investors as we continue on our mission to scale awesome content in Africa. 2022 was a year of significant growth but together with our partners we look forward to making 2023 even better,” said Cordel Robbin-Coker, Carry1st co-founder and CEO.

Jens Hilgers, founding general partner at BITKRAFT Ventures, said Africa was home to the largest population of young people in the world.

“This upcoming generation will grow up digitally native with video games as their primary entertainment preference. We have full conviction in Carry1st’s impressive founding team and their vision of building out foundational infrastructure and localised content, ensuring that gaming and interactive entertainment in Africa will thrive,” he said. 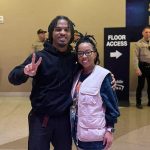