A member of Oman’s parliament, Ahmed Al Barwani, has offered Argentina’s World Cup-winning captain Lionel Messi $1 million for the bisht which the Emir of Qatar, Sheikh Tamim bin Hamad Al Thani, gifted him following his team’s victory over France at the finals on Sunday in Doha.

The bisht is an Arabic robe traditionally worn for special or ceremonial occasions such as Weddings or religious festivals.

The Qatar Emir decorated the seven-time Ballon d’Or winner with the bisht as he was about to lift the coveted trophy.

Making his offer in a Twitter post Al Barwani, who is also a lawyer wrote, “My friend Messi, I congratulate you on winning the World Cup. (the Emir of Qatar) dazzled me as he placed a bisht, a symbol of magnanimity and wisdom, over your shoulders.

“I’m offering you a million dollars to give me that bisht,” he further said.

Argentina dethroned France as world champions following 4-2 victory on penalties after 3-3 draw in a dramatic 120 minutes of football that saw Mbappe score a hat-trick while Paris Saint-Germain teammate Lionel Messi scored a brace for Argentina, with Angel Di Maria scoring the other goal for the South American champions. 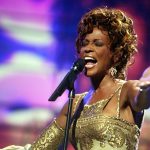