New York City is looking for a top-notch exterminator to help rid the city of its 18 million rats.

It was estimated in 2014 that for every person in New York there were two rats, meaning the vermin population now stands at approximately 18m.

Applicants will need a bachelor’s degree and a “general aura of badassery”, according to the amusing listing.

A “virulent vehemence for vermin” and the “drive, determination, and killer instinct needed to fight the real enemy – New York City’s relentless rat population” are also desirable qualities that anybody interested in the vacancy should possess.

The ad continued: “Cunning, voracious, and prolific, New York City’s rats are legendary for their survival skills, but they don’t run this city – we do.”

At last month’s bill signing, Mayor Eric Adams delivered a purposeful message when he said: “I’ve made it clear I hate rats and we’re gonna kill some rats. We’re putting a dent in our rodent problem.”

The Sanitation Department are also selling $48 (£39) t-shirts bearing the slogan: “The rats don’t run this city. We do.” to generate funds. 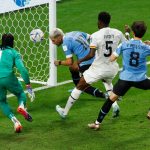 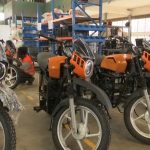