On 16 December 1972, a village in northern Mozambique virtually disappeared from the map. Wiriyamu saw its inhabitants killed one by one at the hands of the Portuguese military, who invaded the territory during the colonial war.

On the eve of the 50th anniversary of the massacre, only four survivors can tell the story in the first person.

ALSO READ:  12 Interesting Facts About Mozambique You Should Be Aware Of

Vinte Gandar still remembers how he lost friends and neighbours, and yet the population remained silent when asked about their support for the “turras”, the name given to the combatants of the Mozambique Liberation Front (FRELIMO who is currently in power)

“The population always kept its silence and said ‘no, we don’t know’, but then they started to kill. They thought that by killing one by one some would be afraid and would tell the truth, but it didn’t happen”.  Vinte Gandar, a survivor said.

The survivors acknowledge that their courage was essential to maintain the independence movement. Doquiria Gucinho carries in her body the testimony of that day.

“They put us in the same place, the men went to a line, whoever tried to escape was killed, while we women were sitting” she said. “Then they threw a grenade at where we were sitting. My mother-in-law fell, hit in the chest, I was wounded in the leg and fell down bathed in blood. Only in the evening I realised I wasn’t dead”, Gucinho added amidst tears.

It took almost five decades, for Portugal to acknowledge the Wiriyamu massacre.

This year, António Costa apologised to Mozambique for the barbarity committed during the colonial war, an act that, in the words of the Portuguese Prime Minister, is “inexcusable” and “dishonours the memory” of the country. 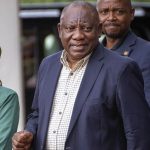 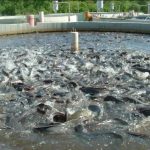