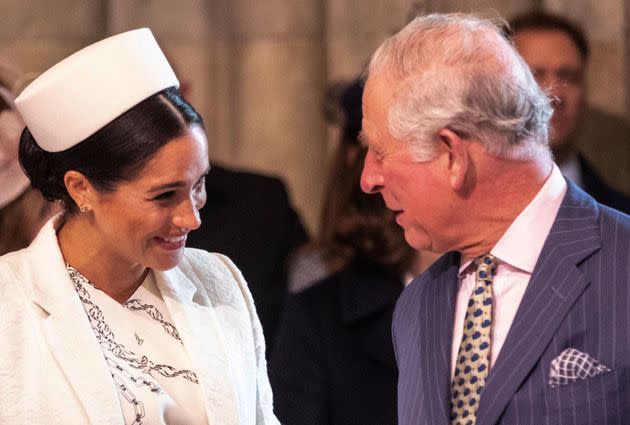 According to the new book “The New Royals” by royal expert Katie Nicholl, when Markle joined the royal family, it was clear to Charles that she would be able to handle whatever was thrown at her,.

Because of Markle’s “toughness and resilience,” Charles nicknamed her “Tungsten.”

Tungsten is a rare chemical element known to be strong and durable. It is known as one of the “toughest things” in nature, according to Live Science.

According to Nicholl, Charles made the observation even before Markle married Prince Harry.

At her first joint appearance with Harry, Prince William and Princess Kate at the Royal Foundation Forum in February 2018, “Meghan was the breakout star of the foursome,” Nicholl wrote.

“She was polished, passionate and funny, using all her TV-honed skills to present her case. That was a wake-up moment for William and Kate when they realized that Meghan was very impressive, very confident and very capable, according to a source,” she continued.

Nicholl noted that one aide said that appearance was the moment William and Kate knew they needed to “up their game.”