US President Joe Biden has called on political leaders to reject antisemitism “wherever it hides”.

He made the call on Twitter, just a day after rapper Kanye West went on a tirade praising Adolf Hitler and Nazis.

ALSO READ:  Ukraine Says Over 3,500 Russian Soldiers Have Been Killed So Far While 200 Taken As Prisoners
Loading...

Biden wrote in a tweet: “I just want to make a few things clear: The Holocaust happened. Hitler was a demonic figure. And instead of giving it a platform, our political leaders should be calling out and rejecting antisemitism wherever it hides. Silence is complicity.” 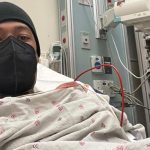