He was a staunch supporter of social justice and became the United Kingdom’s first Black magistrate in 1962. Eric Irons OBE was born in Jamaica and moved to Nottingham in 1948 after serving in the military during World War II.

His extraordinary story of fighting for equal rights sparked a wave of artwork in Nottingham, UK. Honey Williams, a local artist, designed the mural honoring the first Black magistrate.

ALSO READ:  Maggie Lena Walker The First Black Woman In The US To Charter A Bank

According to the BBC, the artwork can be found in Obe’s hometown of Nottingham and on the Beeston Canal at Castle wharf. The artwork was unveiled on Carrington Street Bridge in October. The Irons family was pleased with the project honoring Irons’ work, describing it as a rare way of immortalizing greatness. They hoped that the public would recognize and be inspired by his contributions to social and racial justice through his art.

The artwork honors Irons’ time in Jamaica, his early life, his service in the military during World War II, and his contributions to improving the status of people of African descent in Nottingham.

One of those watershed moments came when Irons advocated for a reduction in racial tensions during the city’s race riots in 1958. He advocated for the repeal of a ban on hiring Black bus drivers and transportation operators.

This is the second mural created by The Nottingham Project, which honors “rebels and pioneers” who paved the way for the city’s past, present, and future. According to the BBC, the first mural celebrated Nottingham’s pioneering history with the lace industry. It was made in a council-run parking lot in Fletcher Gate.

Irons, according to Project Director Lee Walker, is a towering Black figure to whom the future can look up. He stated that Irons effortlessly dedicated his life to improving the lives of Nottingham residents and providing doors of opportunity to the youth. According to him, the mural is meant to honor the accomplishments and opportunities that the Black magistrate created while in power.

In 2019, a commemorative plaque was also installed at the former Shire Hall Courts to honor Irons’ first cases as a magistrate. The plaque recognized him as Britain’s first Black magistrate and an advocate for social justice and equality.

Because he championed racial equality and social justice throughout his career, Irons has become the face of racial equality and social justice for the Black community. One of the issues he took up was when minority Black workers at the Chilwell Ordnance Depot faced prejudice in 1952. He won a dispute against the Nottingham and District Trade Council, which resulted in more minority workers being hired at the depot.

According to eachother.org, he founded the first Black community group in his own home, which later became a part of the Consultative Committee for the Welfare of Blacks in 1955.

Irons, who was born in Jamaica, received a lot of media attention when he initially started working as a magistrate in 1962. Every decision and ruling he made was scrutinized. That did not stop him from pursuing social equality and justice, for which he received an award in 1978. He served on the bench for 29 years before retiring in 1991. 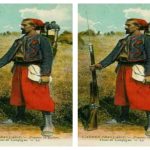 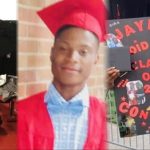