Thulani Maseko, a human rights lawyer and influential opponent in Eswatini (formerly Swaziland), was shot dead Saturday night at his home, his political party confirmed Sunday, hours after a speech of defiance by the king against opponents of his absolute rule.

Thulani Maseko, 52, “was shot dead last night by unknown gunmen in his home. The assassins shot him through the window while he was in the house with his family,” Sikelela Dlamini, secretary general of the Swaziland MultiStakeholder Forum, a coalition of opposition parties, associations and churches calling for democratic reforms, which Maseko founded, told AFP.

“We still lack details, and because of the trauma inflicted on his family members, they are not yet ready to talk,” Dlamini said.

The bald-faced human rights lawyer had filed a lawsuit against King Mswati III for renaming the country Eswatini by decree, saying it was against the constitution. In 2014, Maseko and the editor of The Nation monthly magazine, Bheki Makhubu, were jailed after criticizing the judiciary for its bias and lack of independence. They were charged and convicted of contempt of court.

The killing of Thulani Maseko came hours after the king said at a traditional ceremony: “People should not complain about mercenaries killing them. These people started the violence first, but when the state cracks down on them for their actions, they make a lot of noise blaming King Mswati.

The government expressed its “condolences” to the family of the slain lawyer, calling his death a “loss to the nation” and assuring that the police were already looking for “the killers and will not rest until they are caught,” in a statement.

The U.S. Embassy in Mbabane expressed its “deep sadness” and sent its condolences to “the family (…) and his admirers around the world”: “Eswatini has lost a powerful voice for non-violence and human rights”. “The astonishing news that Thulani Maseko was shot in cold blood is not surprising,” said Freedom Under Law, an association that defends rights in southern Africa.

A “tenacious and fearless lawyer, an open critic of the government”, he had suffered greatly “at the hands of a ruthless regime”. “No one can be fooled by the cynical message of condolences broadcast on behalf of the government,” the NGO added.

The European Union expressed “great concern” about the situation in the country, calling on “the authorities to ensure the safety of all citizens, including political activists,” according to a statement.

“This tragic loss follows a series of killings, arson attacks and other violence that have destabilized the country in recent months,” the EU said.

Eswatini, a small landlocked country, has been ruled since 1986 by Mswati III, who has been criticized for his extravagant lifestyle and regularly accused of human rights violations.

The king, who can dissolve parliament and the government and appoint or dismiss judges, also commands the police and army. Political parties, theoretically allowed, cannot participate in elections. The next elections are scheduled for this year. 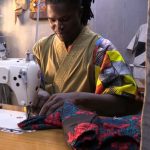 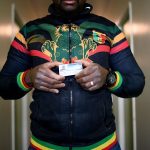