Ex-British Prime Minister Boris Johnson is expected to make a surprise return for a chance at the number one position in the country after the resignation of Liz Truss on Thursday.

Johnson had lost the support of his Tory party following the mishandling of damaging scandals including parties held at Downing Street in defiance of COVID-19 lockdowns and the appointment of Chris Pincher into his government despite knowing his past allegations of sexual misconduct.

According to media sources, the 58-year-old is considering a new run at power in the contest that Tories hope will select a new leader by Friday, October 28.

Former culture secretary and close Johnson’s ally Nadine Dorries tweeted Thursday that he was the only MP with “a mandate from party members and the British public,” having won the 2019 general election.

Despite the ongoing speculations, Johnson has yet to make any formal indications to run for the post.

Britain’s former finance minister and Truss’ main opponent, Rishi Sunak, is a firm favourite to replace her and push Johnson to the wires. as he is considered a safe pair of fiscal hands.

Johnson made history less than three years ago when he led the Conservatives to their biggest election victory since 1987. 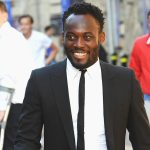 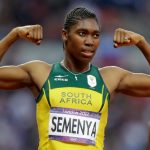