Vice-President Constantino Chiwenga yesterday held a homecoming party where his wife and senior Zanu PF officials were conspicuous by their absence.

Chiwenga, who returned to Zimbabwe on November 23 after spending over four months at a Chinese hospital, did not mention his wife Mary’s name in his 25-minute long address to his relatives and church leaders that attended yesterday’s event in rural Wedza.

This followed reports that the former army commander dumped his wife while on his sickbed under unclear circumstances.

Chiwenga said people that stood by him during his illness were Health and Child Care minister John Mangwiro, who accompanied him to India and South Africa as well as China.

He also mentioned some of his close security details and a female nurse employed by the army.

“There are people who stood by me during all these days when I was battling sickness,” he said.

“Deputy minister Mangwiro, who is not here today was there for me till the end.”

He said if he had not been airlifted to China from South Africa chances were that he was not going to return home alive.

“He called Chinese President Xi Jinping so that I could be assisted there. It was bad and at one point I would even forget what I had done.

“If I had gone for a week or three days in South Africa, I could have been history,” he said.

Mary was also not at the Robert Mugabe International Airport to welcome her husband on his return from China.

Chiwenga, who arrived aboard a Chinese plan in the early hours of the morning was received by his brother and son as well as China’s deputy ambassador to Zimbabwe Zhao Boagang.

There were no government or Zanu PF officials at the airport. At the Wedza event where Chiwenga travelled by helicopter, soldiers outnumbered police officers.

Mashonaland East Provincial Affairs minister Aplonia Munzverengi was the highest ranked government official at the event while Zanu PF’s provincial vice chairperson Michael Madanha was the most prominent guest from the ruling party.

During Chiwenga’s absence, there were reports of resurgent factionalism in Zanu PF with some bigwigs allegedly pushing for his removal on the grounds that he was incapacitated because of his health woes.

Meanwhile, Chiwenga revealed that he was suffering from a blocked oesophagus. The oesophagus is a mascular tube that connects the mouth to the stomach.

“After falling sick in October last year, no one thought I would be alive today,” the VP said.

He said he was confined to hospital wards for six months.

“I was happy to see the sun for the first time in six months (on arrival in Harare) and that was last Saturday,” Chiwenga added, while standing just a metre from his late parents and siblings’ graves.

After the speeches, Chiwenga immediately flew back to Harare by helicopter while others, including villagers remained behind to feast.

Zanu PF supporters were seen trooping to the VP’s home long after he had left. 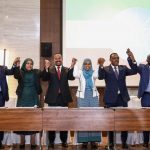 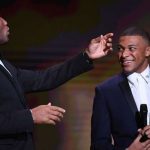