By Samantha Chigogo and Rutendo Rori

President Mugabe has pardoned more than 2000 inmates across the country in a move set to de-congest national prisons and promote better living conditions, with the exception of those serving time for violent crimes such as murder, armed robbery and rape.

This comes as President Mugabe extended the amnesty on May 23 in terms of Section 112 (1) (a) and (d) of the Constitution of Zimbabwe.

All juveniles have also been given their freedom irrespective of the graveness of their crimes as well as all prisoners with life sentences convicted on or before December 25, 1995.

“Our 46 prisons nationwide are overpopulated. We have a holding capacity of 17 000, but we have been holding over 19 900 prisoners,” she said.

“This shows that we are overpopulated with over 16 percent and this Presidential pardon will go a long way in decongesting our prisons and facilitating good living conditions for those that remain behind.”

Sup Mthembo called on the public to be receptive to the pardoned inmates.

“We are appealing to the people of Zimbabwe to embrace togetherness and accept the inmates, giving them a second chance to life through supporting them in different endeavours to earn a better living,” she said.

“Inmates should not take this pardon for granted, let them go out there and exhibit the spirit of Ubuntu and respect laws of the country.”

President Mugabe also pardoned all prisoners sentenced to 36 months and below, should they have served a quarter of their sentences by the date of the Government Gazette dated May 23.

All terminally ill prisoners serving long terms irrespective of offences committed will be released as well as all those housed at Connemara Open Prison while inmates aged above 60 years, who have served two thirds of their sentences would also be released.

All inmates convicted of stocktheft have been freed.

However, murder, treason, rape, armed robbery, car-jacking, sexual offences or violence driven offences would not qualify for the Presidential pardon.

Habitual criminals will not be freed while prisoners on death sentences or those facing life imprisonments would also remain behind bars.

On release, several inmates extended much appreciation and gratitude to President Mugabe for giving them a second chance in life. 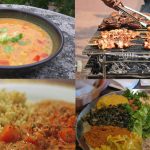 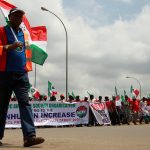