DIVISIONS have reportedly rocked President-elect Emmerson Mnangagwa’s legal team after it emerged that some of his lead lawyers gave him a wrong interpretation of the operations of the law regarding MDC Alliance leader Nelson Chamisa’s Constitutional Court (ConCourt) presidential election challenge.

Highly-placed sources in the legal fraternity told NewsDay yesterday that Mnangagwa had pencilled his inauguration on August 12, following advice from one of his lead counsels and was now seeking to argue before the courts that Chamisa’s petition was filed out of time.

“These arguments are embarrassing to the legal team, clear misreading of the law and misinformation being given to the President as advice is now frustrating other members of the team,” the source said.

The discrepancies were highlighted in a 17-page document prepared for Mnangagwa by Lewis Uriri, titled Ex Parte: Emmerson Dambudzo Mnangagwa, in which he urged his client to disregard findings by the instructing lawyers.

“Whether my instructing attorneys are correct in their interpretation that in view of rule 3 of the ConCourt Rules (2016), the last day of filing of a petition challenges, my consultant’s election as President of the Republic of Zimbabwe is the 16th August 2018,” Uriri wrote.

He added: “Whether my instructing attorneys are correct in their view that no election petition is filed, inauguration day would be Monday the 20th August 2018.

“My opinion and advice: A petition challenging my consultant’s election as President of the Republic of Zimbabwe has the effect of delaying his inauguration up until the 25th of August 2018. He must, in any event, be sworn in no later than the 26th of August 2018”.

The memo showed that the initial advice was that Mnangagwa’s inauguration could only take place on August 20 and the technicality issue being raised by Zanu PF legal affairs secretary Munyaradzi Paul Mangwana that the court papers were filed out of time was reportedly based on Uriri’s interpretation.

Uriri told Mnangagwa that his inauguration date was supposed to be August 12, while Chamisa’s deadline for filing the challenge was August 10, instead of August 16.

“The time for any challenge to my consultant’s election as the President of Zimbabwe lapses at midnight on 10 August 2018. Inauguration day, in the event that no petition is filed, is Sunday the 12th of August 2018,” Uriri said in his advisory note to Mnangagwa.

His legal opinion, which informed the decision by the Zanu PF legal team to present itself at the Constitutional Court on Monday, a public holiday, was that section 93 of the Constitution did not relate to week days. 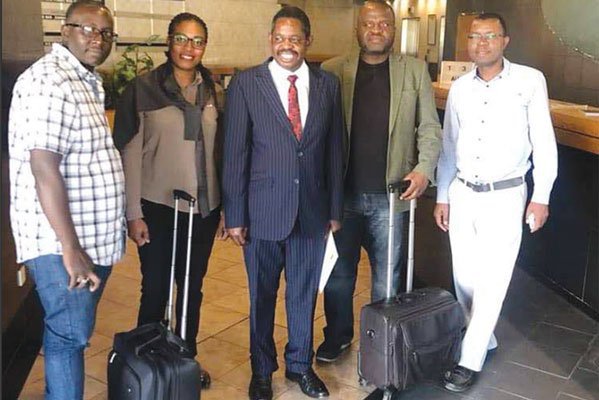 Contacted for comment on his advisory note yesterday, Uriri said he was not at liberty to discuss his client’s confidential matters with the Press.

“I note you have attached what purports to be an opinion allegedly given by me to Messrs Mutumbwa, Mugabe and Partners.

I neither confirm nor deny that the said lawyers sought my opinion. My relationship with my clients is strictly privileged. I do not and will not discuss their affairs with unauthorised third parties, and certainly not with the Press,” he said.

But law lecturer Valentine Mutatu said if the interpretation by Uriri and Mangwana was correct, they should have filed their responses by August 13.

“If Mangwana and company are correct in their counting of days, if the application was served on Friday the 10th, then the last day of filing opposing papers was the 13th, but that cannot be because the courts, which don’t count the weekends and holidays, are closed. The court can, therefore, not count a day in which it is not possible for you to file papers,” Mutatu said.

Chamisa filed his court application on August 10 and managed to serve Mnangagwa and the Zimbabwe Electoral Commission (Zec) on the same day, according to his chief election agent Jameson Timba.

A lawyer, who refused to be named for professional reasons, said Mnangagwa risked being misled by his legal team.

“It’s clear that the President is being misled by his legal team. He needs to replace them, especially (his point persons). If you look at the history of some of them, besides the case where they are a litigant, you won’t find any case they argued and won that’s worth nothing. The one time they attempted to go to the ConCourt recently ended in a disaster. They misfired procedure,” the lawyer said.

Mangwana approached the ConCourt in case 02/14 representing Boas Mapuva and Zishe Chizani, which case was dismissed on a technicality in judgment CCZ 6/2015.
The court, in a judgment delivered by Justice Elizabeth Gwaunza, admonished Mangwana for failing to follow proper procedure by bringing the matter in an improper manner. 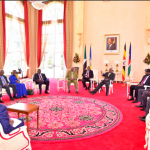 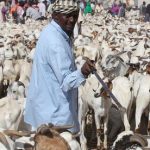