The inauguration of Zimbabwe’s new president Emmerson Mnangagwa has been put on hold as the main opposition party officially challenged the presidential election of July 30.

The event scheduled for August 10 will no longer hold according to Justice Minister Ziyambi Ziyambi, barely hours after the MDC Alliance lawyers deposited papers.

ALSO READ:  Voice For The Voiceless- See Reasons Robert Mugabe Is Seen As An African Hero Despite All Flaws

“It will no longer happen. For now it has been stayed pending determination of the court challenge,” Ziyambi told the Reuters news agency.

The MDC Alliance and its leader Nelson Chamisa arrived at the Constitutional Court premises in the capital, Harare, to file papers on the deadline for submissions into electoral challenges.

The 40-year-old opposition chief lost the July 30 polls to Mnanagagwa but Chamisa has held hat he has evidence to show that he was cheated out of the presidential election.

Our legal team successfully filed our court papers.We have a good case and cause!!

The court will have 14 days to make a ruling on the case. The Zimbabwe elections body, ZEC, declared Mnangagwa winner of the hotly contested polls with 50.8% of valid votes cast.

MDC Alliance lawyers say they want the election results overturned, they say the inauguration must not happen and they say some of the evidence they have are vital poll papers, V11 forms, that show an attempt to tamper with figures. 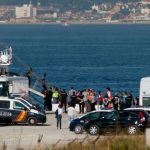 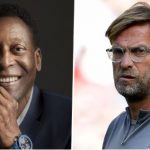